The 19-year-old has been praised by Kohli, but an ODI debut is not a given.

The absence of Virat Kohli, on a break after the long tour of Australia and three ODIs in New Zealand, has left the pivotal No 3 spot open for India for the fourth and fifth matches against the Blackcaps.

With Kohli gone, India have a dilemma in who to bat at No 3. The 19-year-old sensation Gill is in the squad, but is unlikely to travel to the World Cup. India s reserve batsman at the World Cup will be Dinesh Karthik, so if MS Dhoni is fit to play the fourth ODI then there is a strong case for Karthik to play as a batsman. But will India want to send him at No 3, a spot where he has batted just seven times in 76 ODI innings and definite will not bat during the World Cup.

In the last ten years, India have used a total of 16 batsmen at No 3. Kohli, obviously, has batted at one-down the most (162 innings). Until the time that Kohli was locked in at that position, Gautam Gambhir batted at No 3 29 times from 2009 to 2012.

Thereon, the choices used have been given sporadic runs.

After the third ODI victory, Kohli said that after observing young Gill up close in the nets he realised that he was “not even 10 percent” of what the teenager is when he was 19. Such a statement indicates that Gill could make his debut at Seddon Park on Thursday. (READ MORE: No better place to debut than New Zealand: Gill)

Gill, who has had a phenomenal run in the 2018-19 Ranji Trophy season, earned his maiden ODI call-up for the series against New Zealand. Gill, who was named Player of the Tournament in India s successful ICC U-19 World Cup campaign in New Zealand last year, has a List A batting average of 47.78 after 36 innings with four centuries and seven half-centuries. (READ MORE: All you need to know about Shubman Gill)

The last year has seen Gill take giant strides. The Mohali-based batsman followed his U-19 captain Prithvi Shaw to make the Indian team, albeit in the shorter formats, after a dream 2018 in which he bagged a lucrative IPL contract following a stellar junior World Cup and made 790 runs in 10 innings at 98.75 in Punjab s Ranji Trophy campaign. In nine List A matches for India A, he scored 365 runs at 45.62 with three fifties.

When announcing that Gill was added to India’s squad for the tour, the chief selector MSK Prasad highlighted the teenager’s flexibility opening the innings and batting in the middle order.

For the New Zealand series, we are looking at him as the reserve opener behind Shikhar (Dhawan) and Rohit (Sharma),” Prasad said. “I won’t comment if he will make it to World Cup but he was phenomenal as an opener for India A in New Zealand,” said Prasad. “We have discussed with Rahul (Dravid, the A team coach) that Shubman is ready for international cricket.”

Ready he is, and Thursday could mark the most special day of young Gill’s career. 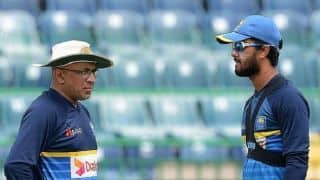 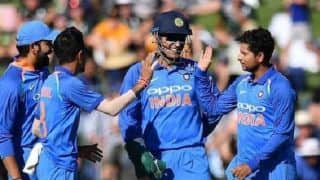