After sharing the honours in a thrilling draw, India and South Africa will renew their exciting battle for supremacy in the series-deciding second and final cricket Test which promises to be another epic encounter starting at Durban on Thursday.

The opening Test between the number one (South Africa) and number two (India) turned out to be the most perfect advertisement for Test cricket giving five days of an engaging clash.

In the end, South Africa were left needing just eight runs for what would have been one of the most memorable Test wins of all time. India, on the other hand, were left wondering as to what turned the fortunes so drastically after four days of domination.

At Kingsmead, on Boxing Day, the two sides will go head-to-head in a decider that is more than just another five-day game.

Ever since this tour got embroiled in a battle between the Board of Control for Cricket in India (BCCI) and Cricket South Africa (CSA) for off-field matters, it has been about bragging rights.

Seemingly both sides knew what to expect from this short tour, one that did no favours to the watching fans, sponsors or broadcasters. It was about gaining supremacy over the other, and indeed there was a certain path needed to be taken to achieve this.

For South Africa, it had to begin early. The three-ODI-series was where they could do some real damage because there weren’t any practice games.

The Indian team flew in, fresh from an ever-lasting home season with little know-how to deal with conditions here. Not to mention, there was a lot to prove after the retirement of senior stalwarts like Sachin Tendulkar, Rahul Dravid and VVS Laxman over the past year. They had to be put on the back-foot immediately.

And so it happened. The number-five ranked ODI team handed out a 2-0 defeat to the number-one ranked side, a spanking really considering the huge margins of 141 runs and 136 runs in the two completed matches at Johannesburg and Durban.

Words like ‘scared’ and ‘scarred’ became part of the cricket dictionary. Virat Kohli‘s image of sticking ice-packs to his ribcage was telecast across the world. India were bruised and there was more headed their way.

Surprisingly, for the hosts, they stood up to this tough talk. Putting his hand up first was Kohli who swatted the Proteas’ attack in the first innings at Wanderers, with a brilliant first hundred in this country.

The roles were reversed, for he sparked such an inspiration in his team-mates, who realised that they were collectively the world’s second-best Test XI. Subsequently, the short bowling subsided and Team India dominated for four days of that match.

The number-one ranked Test side though couldn’t be beaten, as they bounced back from near-defeat and rose up to near-victory in the span of three sessions on the last day.

And so, the first match of this series came to be hailed as the greatest drawn Test ever.

Now, all of it boils down to what happens in Durban.

India have been meticulous in the way they have met with the daunting challenge this trip has been. A young team, out to take on the world, they have battled hard.

They realised early that the ODIs were a lost cause and instead used those games to steel themselves for the challenges ahead.

Despite two and a half days of competitive cricket washed away by unseasonal summer rains here, the batsmen knew which balls to leave and which to score off. The bowlers knew how to hit the right lengths, guided by the return of Zaheer Khan.

The visitors carry momentum into this second Test, especially with the way they strangled South Africa in that last hour’s play, forcing them to call their world-record pursuit mere eight runs short of creating history.

If the hosts ought to be believed, all they wanted to do was save the Test and they succeeded. They wanted this chance to win the series, in this last encounter before Team India leaves.

Both teams have built themselves up for this contest in a manner befitting their dressing room environment. Even so, cricket always includes the uncertainty factor and there are doubts plaguing both sides.

For India, the major concern ahead of this Durban Test is the fatigue factor of their bowling attack. Zaheer, Mohammad Shami and Ishant Sharma did a majority of the work, with Ravichandran Ashwin providing holding support.

With just three days in between these two games, are their frontline bowlers fit enough? Will the lone spinner play a more pivotal role now, at Kingsmead, wherein the pitch is supposed to have slowed down? These are the questions that the hosts would have to answer.

“There is a lot of bounce in this wicket that should keep both the batsmen and the bowlers interested,” said curator Wilson Ngobese.

“Batting in the first hour of the mornings here should be challenging for there is always some moisture in the air to be exploited. Of course spin might come into play as the match progresses, more than what it did at Wanderers.”

South Africa will not like that last sentence. The last Test they won at this ground, on this pitch, came nearly six years ago, when they beat West Indies by an innings and 100 runs in January 2008. Since then, the Proteas haven’t won here in four Test matches.

What’s more, in each of these four Tests, they have been bowled for under-200 in atleast one of the two innings. To add further concern, out of the 80 wickets they have lost in these four matches, 29 were taken by spinners.

That last bit gets highlighted when it is considered that South Africa isn’t traditionally a suitable environment for spinners.

A case in point is Harbhajan Singh‘s performance from that 2010-11 victory for India at Durban. The Turbanator had struggled in the first Test at Centurion (2 for 169), only to wreak havoc at Durban with match-winning figures of six for 80.

It might bring some inspiration to Ashwin who went wicket-less in the two innings at Johannesburg, and hope to Imran Tahir, who after being smacked to all corners of the park is a doubtful starter in this Test for the Proteas.

But the answer to that question is dependent on the fitness of pacer Morne Morkel, who twisted his ankle on day three at Johannesburg.

If he is fit and does play, Tahir might sit out with either left-arm spinner Robin Peterson taking his place, or the hosts will go in with an all-pace attack including fast bowler Kyle Abbott.

If Morkel sits out, Abbott will come in nevertheless and Tahir might still be included in the attack which will bear a dishevelled look, enough to dent South Africa’s confidence ahead of this tour’s climax. 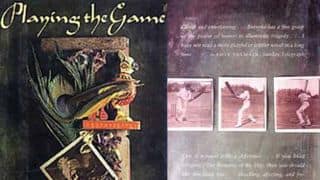 Playing the Game: A novel on KS Ranjitsinhji by Dutch author Ian Buruma 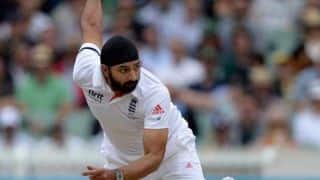