South Africa captain Quinton de Kock was pleased with his bowler following their tidy performance against India in the 3rd T20I on Sunday.

South Africa captain Quinton de Kock was pleased with his bowlers following their tidy performance against India in the 3rd T20I on Sunday. Kagiso Rabada picked up 3/39, aided well by Bjorn Fortuin and Beuran Hendricks to limit a batting-heavy India unit to 134/9 at a venue where the average first inning score touches 180.

India had raced to 54/1 by the Powerplay but the way South Africa pulled things back from there was phenomenal. From 73/1, India slipped to 92/6 and in the final five overs, South Africa conceded just 35 runs, in which there were only three fours and one six.

“I think we kept it nice and simple,” de Kock, declared the Player of the Series for his back-to-back fifties, said. “Focused on hitting a good length. Our spinners kept it tight too. Beuran bowled really well, he’s got the skills. Sometimes it’s better on these wickets to take the pace off. We fixed one or two things from our mistakes in the last game. Our intensity in the field has also been really good.”

Even though de Kock’s mention of Beuran Hendricks may have seemed like a passing mention, the left-arm pacer’s contribution meant a lot more to the South Africa captain. Hendricks came in as a replacement for Anrich Nortje, who had leaked 27 from three overs in Mohali and struck immediately off his first ball to dismiss Rohit Sharma caught behind. He eventually finished with 2/14 from four overs and kept India’s middle order quiet.

The last T20I Hendricks had played before Sunday was against Pakistan earlier this year in January and returned phenomenal figures of 4/14, and the 29-year-old was in a good space with this performance.

“It was just one of those games where things worked for me. I have bowled better than this. Lots of hard work put in behind the scenes, so happy with that. I don’t really look at the pitch when we come out to warm up. Overhead conditions meant some swing, once I assess that, don’t need to change much,” Hendricks said.

As South Africa now head towards the Test series, one of the positives they’d take is Temba Bavuma and his newly-found confidence. Bavuma started off his career mainly as a Test batsman but has become somewhat of a success in the shortest format. In Mohali, Bavuma scored 49 where the rest of the batsmen, barring de Kock, struggled to get going before partnering his captain in a half-century stand in Bangalore. He finished the game with a six, something that surprised Bavuma himself.

“I got my debut in T20Is at a time when I didn’t really expect it. But saying that, the selectors and coaches showed a lot of faith in me and it was up to me to repay that faith,” Bavuma said. “I should just have the mindset of looking to score. I don’t have the power of a Gayle or Pollard so it’s about picking the gaps. (on his six) I surprised myself! To ensure we go with a victory is a good thing, we’ll take confidence from it. We’ve got a Test series coming up and we know that will be tough.” 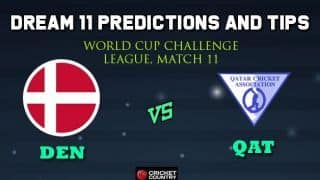