India defeated Sri Lanka by an innings and 239 runs in the second Test at Nagpur on Monday.

India crushed Sri Lanka by an innings and 239 runs within four days to win the second Test at Nagpur. Lankans were expected to, at least, stretch the game till the final day, but their batsmen faltered twice on a good batting track. In addition, their bowlers were hammered all round the park as India declared on 610 for 6. Nic Pothas, Sri Lanka s interim head coach, blamed lack of competition in Sri Lanka s First-Class cricket for a humiliating performance.

Crux of the matter

Ranji Trophy comprises of four days and extends to five days in the knockouts. On the other hand, matches in Sri Lanka s domestic competition last only three days. According to Pothas, that is the reason for Sri Lankan batsmen not being able to apply themselves over longer periods and convert fifties into daddy hundreds. Kumar Sangakkara and Mahela Jayawardene have stressed on this fact, and once this gets addressed, one may hope for better performances.

It s a huge contributing factor playing three-day and four-day cricket. If we have a format that gives you opportunity to bat four to six hours, it s unfair on our part to ask batters to come and try replicating that in a Test match against high quality bowling.

That is being addressed now. Kumar and Mahela have spoken about that at length and it is being looked into. Once we get into a four-day format of high quality cricket, it will actually make it easier to select people than any other factors.

As a player, your currency is runs, wickets and catches

You can talk all you want. You can plan a lot but at the end of the day you ve got to execute. As a player your currency is runs, wickets and catches. You can do all what you like, but if you are not producing runs, obviously there will be repercussions. That s the world of professional sport.

Hugely disappointing because we have worked extremely hard. It s embarrassing. Players should be embarrassed in their own performances. Practising in the nets means nothing if you do not go out and put runs on the board.

When your percentage of runs in boundaries is higher against a good bowling attack, you will get into trouble

There was a message at the start of the day. Whether I asked them to make 61 percent of runs in boundaries? No. When your percentage of your score is so high in boundaries against a high quality attack, you are going to get into a lot of trouble. India, for example, scored 610 runs but their boundary percentage was 37. That s how they got their runs. We are talking about the top batters in the world and if 37 percent were good enough for them, and then it sure should be good enough for us.

On a bright note

I firmly believe that if you play a team like India in such a short space of time twice, six Test matches, and the guys with the right characters, which I keep talking about and keep asking for, will get better in the future. When things get tough, some people fall off the bus, some get better. The key is to make sure we are picking people or more people that are likely to stay on the bus when the pressure goes up. That is the nature of professional sport.

Personally as a coach, I find touring India hugely exciting. I have learnt a lot in the last series and in the short time we ve been here and continue to learn more. Cricket is a game of chess. When you play a team like India, if one team makes a move, you better have a counter move. If you don t, you will fall off that bus. At the moment we have got a few in our change room who keep making the same move and losing pieces off the chess board. 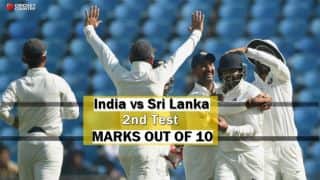 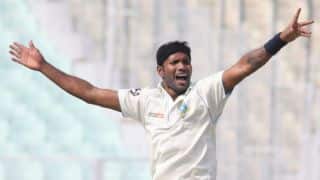