Ajinkya Rahane scored his first Test hundred after two years and helped India seal a win over West Indies in the first Test.

Ajinkya Rahane returned to form, scoring 81 and 102, and helped India register their biggest win away from home as they beat West Indies by 318 runs in the first Test at Sir Vivian Richards Stadium, North Sound, in Antigua on Sunday.

The Indian vice-captain had his share of struggles in the last few years due to a dip in form but the Indian Test vice-captain, who scored his first Test hundred after two years, said he tries not get affected by the criticism.

“I try not to get affected by criticism as it is unwanted and I can’t control it. Whenever you score a hundred, you are very happy,” Rahane told his India and Mumbai teammate Rohit Sharma during an interview on bcci.tv.

“It was satisfying as I had to grind a lot in the beginning. (I) Needed to put the team in a good position before getting to the hundred,” added Rahane.

Before the West Indies, Rahane represented Hampshire in County Cricket. While he could only score a hundred, the right-hander said that his county stint helped him.

“I thought the first innings was very crucial for us. The partnership between me and Rahul was very crucial. Before this, I played county games for Hampshire and that helped me,” said Rahane, who won the man-of-the-match award for his effort. “Feels really special,” he added.

The second and final Test of the series will commence on Friday at Sabina Park, Kingston in Jamaica. 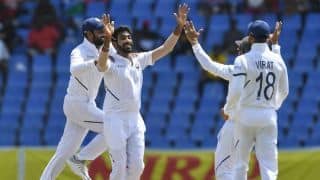 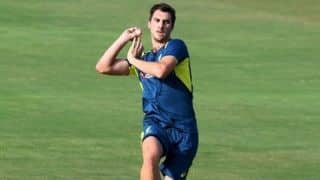