West Indies' Roston Chase is disappointed to have thrown away his wicket for 48 against India.

West Indies‘ Roston Chase is disappointed to have thrown away his wicket for 48 in the opening Test against India, failing to do justice to the advice given by batting legend Brian Lara.

The home team had a pre-series camp with Lara and another former West Indies batsman Ramnaresh Sarwan.

“I have been working hard in the pre-camp. I worked with Sarwan and Lara. One of the things I looked to work on in the camp was getting a start and then carrying on. I was disappointed to get out in the manner I did,” Chase said. “I could do a better job in bowling. My main job is to keep it tight from one end. I can always improve. I hope of doing a better job next time around,” he said after the second day’s play.

The allrounder admitted that his team gave away too many wickets cheaply in the first innings.

In reply to India’s first innings total of 297-all out, West Indies were reeling at 189 for eight to trail by 108 runs with three full days left to play. “I thought the pitch was easier to bat on first for the Indian team. Most of our guys got starts, but we gave our wickets just too easily. We have a couple of wickets left and we have a chance of cutting into that lead,” Chase said.

Chase was looking good in the middle, having scored 48, but pacer Ishant Sharma, who finished the day with a five-wicket haul, dismissed the all-rounder to dash West Indies hopes of putting up a fight.

Chase thought a “lapse in concentration” cost him his wicket.

“My thought was just to stay hungry at the crease. But I gave my wicket away. I was looking good, but a lapse in concentration cost me my wicket. For me, the ball did not do much, I did not let it come to me as much as I should have. I could have played with softer hands.”

India, who resumed the day at 203 for six, went on to make 297 courtesy a fighting 58 from Ravindra Jadeja who was ably supported by Ishant (19 off 62) during their 60-run stand for the eighth wicket.

“In Test cricket, these things do happen. After our initial spell, the Indian batsmen played well. Our bowlers kept on toiling hard. We tried a little too hard on day two, it cost us a little.

“Energy went down during the partnership between Jadeja and Ishant. But once we got the wicket, we wrapped up their innings quickly,” Chase said.

He added, “I thought the wicket has quickened up now. Our batsmen could have just to our advantage, but we gave our wickets away. None of us got any special delivery, it was just a matter of lapse in concentration.” 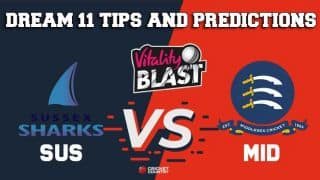 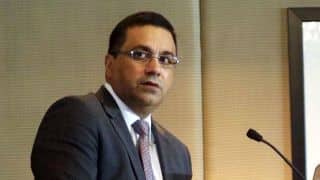