After battling the better half of 2018 with injuries, wicketkeeper Wriddhiman Saha has made a return to the India Test for the tour of West Indies.

After battling the better half of 2018 with injuries, wicketkeeper Wriddhiman Saha has made a return to the India Test for the tour of West Indies.

Saha last played a Test in January 2018 on South Africa tour before being ruled out due to a hamstring injury. After being cleared by the National Cricket Academy (NCA) in March last year, he played the Indian Premier League for Sunrisers Hyderabad where a shoulder injury followed.

He later injured his thumb and right after recovering from it, scans revealed of his shoulder injury getting worse which needed surgery. After gaining full fitness, He returned to playing domestic cricket for Bengal and earlier this year, appeared in five matches for SRH in IPL 2019.

He was then included in India A squad for three four-day matches on the tour of the West Indies which will be his chance to reclaim his Test spot.

On Sunday, he was included in India’s squad for the West Indies Tests alongside Rishabh Pant.

“It is a norm that when a senior or established player makes a comeback from injury, he is given a chance in the team. So that’s how we have given a comeback opportunity to Wriddhiman Saha. But I can tell with the stellar performances that KS Bharat has been doing in India A – he has scored three centuries and taken almost 50 dismissals – he was very close to making the cut,” BCCI chairman of selectors MSK Prasad said on Sunday.

However, Saha will face stiff competition to break into the Test XI with Pant having impressed since making his debut on the tour of England last year. Not to forget the fact that Prasad made it clear that in the absence of MS Dhoni, who is on a two-month sabbatical, it is Pant who will play across three formats.

The 34-year-old Saha has played 32 Tests in which he has 1164 runs at 30.63 with three centuries and five fifties. As far as his wicketkeeping record goes, he has 85 dismissals to his name 75 catches and 10 stumpings.

On the other hand, the 21-year-old Pant has played 9 Tests, scoring 696 runs alongside two centuries and as many fifties. 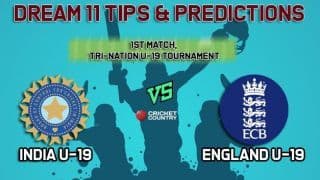 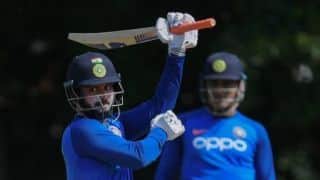