After India won the 2nd T20I by 22 runs (DLS), skipper Virat Kohli said during the post-match presser the series win gives the team a cushion to bring few guys in.

With the three-match T20I series against West Indies sealed, with one more match to go, India could ring in changes for the 3rd and the final T20I at Providence Stadium, Guyana on August 6, Tuesday.

After India won the 2nd T20I by 22 runs (DLS), skipper Virat Kohli said during the post-match presser the series win gives the team a cushion to bring few guys in.

Of the 15-member Indian squad for the T20I series, leg spinner Rahul Chahar, his cousin and pacer Deepak, batsman Shreyas Iyer and KL Rahul did not feature in the first two matches and is likely that the Chahar brothers could get a game in alongside Iyer. ALSO READ: Virat Kohli credits Man of the Match Krunal Pandya, hails ‘outstanding’ Washington Sundar

With Rishabh Pant failing in the first two matches, with scores of 0 and 4, there is a possibility that KL Rahul could be tried out as a wicketkeeping option. Senior player Bhuvneshwar Kumar could be rested to give Deepak a crack at Guyana while Rahul could take the place of either Krunal Pandya or Washington Sundar – both of whom have done a stellar job in the first two T20Is. ALSO READ: Rain, Rohit and Krunal give India series win over West Indies

On the other hand, changes can be expected in the West Indies camp, as they had only announced the T20I squad for the first two T20Is. Players from the recently concluded West Indies A vs India A series could also be called up. 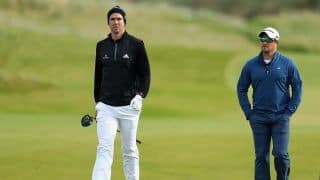 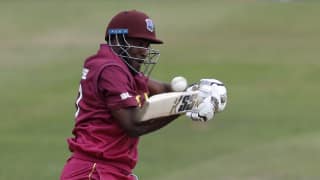