At present, both the teams have been staying in a big hotel in Kanpur and the chefs out there are pretty much amazed to see the diet of Indian players.

India at present is locking horns with New Zealand in the first Test at Kanpur, which also marks the 500th Test for the hosts. Fitness plays an important role for contemporary cricketers and the Virat Kohli-led Indian side have been very much concerned about their fitness. Kohli’s passion towards fitness is well-known, he if often seen working out in the gym and ripping his muscles. At present, both the teams have been staying in a big hotel in Kanpur and the chefs out there are pretty much amazed to see the diet of Indian players. The chefs are busy preparing fat-free food for the Indian players while chicken tikkas, biryani and some exotic Indian dishes are being cooked for the New Zealand players.

Hotel’s executive chef Narender Yadav was quoted in a report from India Today saying, “The Indian players want to have fat free-food and prefer Italian while the New Zealand team is bowled over by the Indian cuisine.” With this, it is evident that Kohli has heavily influenced his team member’s as they are too taking their fitness very seriously.

Yadav further added, “Kohli takes almonds, pistachios, cashew nuts apricots at breakfast. He loves his protein shakes after workouts. For lunch, which we have arranged for the team at the Green Park Stadium during the ongoing first Test, the menu includes grilled chicken, grilled fish, lamb chops and juices. One thing which I noticed was that Virat wants to have a lot of dry fruits. What we serve for the Indian team in dinner isn’t different as most players follow the same diet.”   Live updates: India vs New Zealand, 1st Test, Day 2

Earlier in the month, the hotel also received a suggestion from the BCCI, which asked them to provide a particular food for the Indian national team during the first Test. Similarly, all other associations have received similar notifications. READ: IND vs NZ, 1st Test: Inconsistent individuals not serving hosts’ middle-order purpose

Many guests were too surprised by this move and Kate, a British fan of the Indian team says, “Me and my partner have been watching Indian and Kiwi players at breakfast since last couple of days. Indians seem to be very diet conscious. As tourists we were told different things about the Indian food, the recommendations were different. As even the hygiene standards are different than Europe, we were always worried about falling sick. Also, we used to wonder that what do the visiting teams have in India, do they bring their own cook and a dietician along or not. When they come to India, there is a lot of spice and a lot of strong flavours. If they get sick, their game is ruined, right? Really good to see that the Kiwis are enjoying the Indian food a lot.” 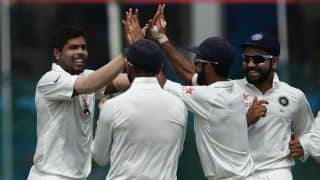 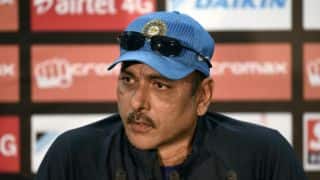