Players were entitled for INR worth $ 100 daily, but due to the volatile economy, the CoA have decided to fix the allowance at Rs 7500 flat.

Virat Kohli-led Indian cricket team are set to receive a windfall for overseas trips after the Supreme Court-appointed Committee of Administrators (CoA) have doubled the daily allowance for the players on foreign tours.

According to a report in Mumbai Mirror on Friday, the CoA has increased the per diem of the players during home international series as well.

In its recent meeting in New Delhi, the Vinod Rai-led panel decided to clear certain ambiguities regarding the allowance for the home series. Until now, the players were entitled for INR worth $ 100 daily, but due to the volatile economy, the administrators have decided to fix the allowance at Rs 7500 flat with no connection to the dollar-INR value fluctuations.

As far as the foreign travel allowance, the players were till now being paid $ 125 a day which will now be doubled to $250. This allowance is over and above the business class travel, accommodation and laundry expenses that the BCCI takes care of. The recent hike in allowance is only for the players and coaching staff.

According to the report, the CoA has also increased the per diem of the selectors as well. The daily home allowance of selectors was Rs 3500 which has now been fixed at Rs 7500. The selectors have already been paid $ 250 per day during the overseas tours. Benefits have also been handed to women players as well.

ALSO READ: ‘Really worried for Rishabh Pant because the way he is playing is really alarming’

The allowance is besides the match fee which the BCCI pays to the players. For a Test, a player fetches Rs 15 lakh, an ODI Rs 6 lakh and a T20I Rs 3 lakh. For those not in the playing XI, they are also entitled for annual retainer fee according to their contracts. (Rs 7 cr for A+, Rs 5 cr for A, Rs 3 cr for B and Rs 1 cr for C Grade).

With the CoA expected to leave office on October 22, the date of the BCCI elections, Rai and Co. could have given Team India a parting gift. 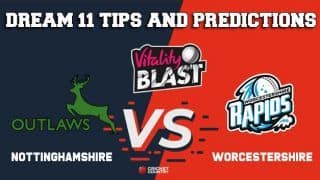