The two will replace injured pace duo of Kamlesh Nagarkoti and Shivam Mavi.

Warrier, 27, plays for Kerala in Indian domestic cricket and has been a part of the Royal Challengers Bangalore in the past, while Cariappa has played for the Kings XI Punjab and the KKR in previous editions of the cash-rich league.

On the other hand, Cariappa has scalped 25 wickets from 28 T20 games.

While Nagarkoti was ruled out of this year’s competition following a back injury, Mavi is out of the season due to a back stress fracture. (ALSO READ: IPL 2019 team preview: Under Dinesh Karthik s astute leadership, KKR out to clinch third title)

KKR will begin their IPL 2019 campaign with a clash against the Sunrisers Hyderabad at the Eden Gardens on March 24. 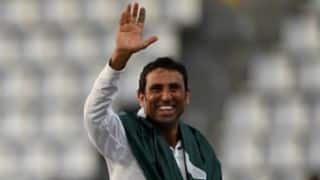