Here are five players who can be game-changers as KKR target their third crown.

When it comes to the perfect blend of youth and experience, Kolkata Knight Riders (KKR) have ticked all the right boxes and will be gunning to win the coveted trophy for the third time in the Indian Premier League 2019 which gets underway on March 23.

KKR have faced an initial setback with tearaway pacers Kamlesh Nagarkoti and Shivam Mavi ruled out of the season due to injuries. But for a side that has qualified for the playoffs six times out of the 11 seasons, that shouldn t be much of a concern to their fancied bowling armoury that received a major boost with the signing of New Zealand pacer Lockie Ferguson. (ALSO READ: Under Dinesh Karthik s astute leadership, KKR out to clinch third title)

The 2012 and 2014 champions, KKR begin their campaign at home against Sunrisers Hyderabad the same team that knocked them out of the Qualifier 2 last season and it will be no surprise that the hosts will want to avenge their defeat. Here are five players who can be game-changers as KKR target their third crown. (ALSO READ: KKR suffer setback, Kamlesh Nagarkoti, Shivam Mavi ruled out of IPL 2019)

A lot will be riding on Karthik s back this year. The seasoned wicketkeeper-batsman, who amassed 498 runs and finished as the team s highest scorer, will have to repeat his batting heroics once again. A repeat show this season may also book his ticket to the ICC World Cup 2019 after he finds himself back in the mix post the failure of Rishabh Pant, who failed to grab his chances in the home series against Australia. Karthik, who took over the reins from Gautam Gambhir, had big shoes to fill in and he s done a good job so far, marshalling his troops from behind the stumps. Another DK show, specially at the business end, and a third title is not beyond them. (ALSO READ: Dinesh Karthik will be in the mix for the World Cup: Simon Katich)

Hugely talented top-order batsman Gill, who scored 203 runs from 13 matches at a healthy average of 33.83, was very impressive last year. The Punjab youngster, who made his ODI debut in New Zealand, who has been in prolific form in the domestic season. With a solid technique and an attacking mindset, which has been complimented by many in the cricket fraternity, Gill can certainly shoulder the responsibility of run-scoring this season.

Russell, buoyed by the call-up to the West Indies team, is always an explosive option with bat and ball. He contributed 316 runs at a phenomenal strike rate of 184.79 and chipped in with 13 wickets. Russell also has his countrymates Sunil Narine and Carlos Brathwaite (KKR shelled out Rs 5 crore to procure his services for IPL 2019) and their hard-hitting abilities, along with bowling and fielding skills will give KKR the edge in crunch moments.

A lot of thinking went into procuring the services of New Zealand pacer Lockie Ferguson, who has tasted IPL before. He played for the defunct Rising Pune Supergiants in IPL 2017 where picked up three wickets in just four matches. With the absence of Indian colts Nagarkoti and Mavi, Ferguson, who was bought for Rs. 1.6 crore, is expected to be the first choice overseas pacer in the upcoming season. His natural ability to bowl yorkers and bouncers at will makes him a lethal weapon during the death overs.

India s top-draw spinner Kuldeep is going through a purple patch. The Chinaman bowler, who pocketed 17 wickets in 16 matches last season, will be an important cog in KKR s wheel specially after gaining confidence from being India s strike weapon in the spin department. Kuldeep will also be eyeing to get some useful match practice before he departs to England for the World Cup, but he shouldn t feature in too many matches as he may be susceptible to batsman easily picking him up at England. 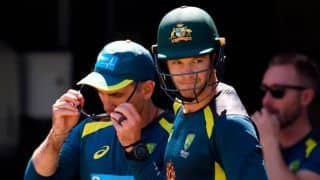