The CAC will today interview six candidates for the coach of the Indian men's cricket team.

The man to be the coach of the Indian cricket team will be named today, with the three-member Cricket Advisory Committee (CAC) set to make the announcement in Mumbai at around 7pm IST.

The six shortlisted candidates for the role of India’s head coach are being interviewed by the Kapil Dev-led CAC today, with current coach Ravi Shastri’s interview to be conducted over video conference. Shastri is currently in the West Indies with the Indian cricket team.

(READ: The six candidates being interviewed)

A call on the other coaching positions within the Indian team will be taken by chief selector MSK Prasad and the other selectors.

Shastri is tipped to retain his role as India’s coach. He and the rest of his support staff batting coach Sanjay Bangar, bowling coach Bharat Arun and fielding coach R Sridhar – are automatic entrants into the process, having been given a 45-day extension for the tour of the West Indies tour that started last week. 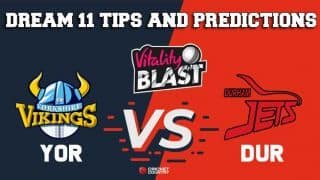