Inzamam, who was appointed chief selector in April 2016, said he would be willing to work in another post so long as it did not involve selection.

Former Pakistan captain Inzamam-ul-Haq has announced that he will no longer be the chief selector of the Pakistan men s team after July 30.

The 49-year-old Inzamam, who was appointed chief selector in April 2016, said he would be willing to work in another post for the Pakistan Cricket Board (PCB) so long as it did not involve selection.

“I think it is time to step down. I will complete my term that ends on July 30,” said Inzamam on Wednesday during a press conference after Pakistan s dismal showing in the ICC Cricket World Cup 2019.

“When I returned (from the United Kingdom), I told the Pakistan Cricket Board (PCB) that I did not want to continue with my position. I joined in 2016 and I have spent a good time here. Now, I have decided that new people should come, with a new thinking and ideas. I thank the PCB and the team who respected my choices,” he said. (ALSO READ: ‘Why has PCB allowed Inzamam to go to England on official visit?’)

During his time as chief selector, Pakistan peaked to No.1 in the ICC Test rankings in August 2016, won the ICC Champions Trophy 2017 and topped the T20I rankings for the first time in November 2017. Pakistan have been sitting on top of the T20I tree since January 2018.

The Pakistan cricket team has come a long way since the departures of stalwarts like Misbah-ul-Haq and Younus Khan in May 2017 and is now destined for improved results as the youngsters have grown in experience and stature. They are now ready to excel and perform consistently across the three formats, he said.

It has been a pleasure to see these players grow and make names for themselves in international cricket. I will follow their progress with interest because I firmly believe these players have all the ingredients to take the Pakistan cricket team to greater heights. (ALSO READ: Sarfraz Nawaz urges Pakistan PM Imran Khan to take action on players, management post World Cup failure)

The team could have performed better during my time than the results reflect and I may have inadvertently overlooked some potentially deserving players, but I have always had the best interests of Pakistan cricket foremost in my heart. I hope the passionate Pakistan cricket fans will understand and can see this in my decisions.

I would like to take this opportunity to thank my fellow selectors, who worked tireless behind the scenes, as well as captain Sarfraz Ahmed and coach Mickey Arthur. I think we worked very well as a group, stayed together in difficult times, and continued to collectively move in the same direction. (ALSO READ: Imam ul Haq rubbishes nepotism claims: ‘I am playing because Allah has destined it to be so’)

I wish the new chief of the selection committee and the Pakistan cricket teams all the best in what will be exciting but competitive times in international cricket.

Quizzed if he would be open to another role in the management, Inzamam said: “I am a cricketer, this is my bread and butter. If the board offers me another role, apart from selection, I would consider it.” 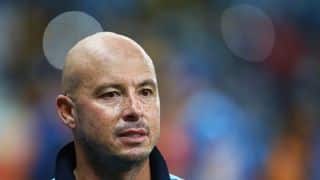