Delhi Daredevils (DD) would look to reclaim the top spot when they take on a floundering Deccan Chargers (DC) in their Indian Premier League (IPL) clash on Thursday. 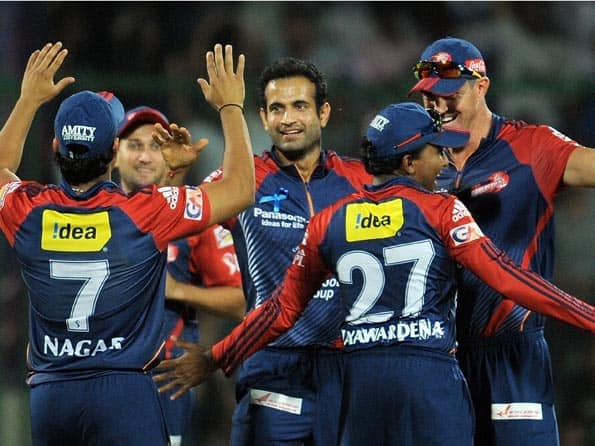 Delhi Daredevils (DD) would look to reclaim the top spot when they take on a floundering Deccan Chargers (DC) in their Indian Premier League (IPL) clash on Thursday.

Daredevils had surrendered the top spot to Kolkata Knight Riders when they lost the home match by six wickets.

With 16 points from 11 matches, they are placed second and have virtually sealed a play-off berth, while Chargers are out of reckoning with just five points from 12 matches.

A win would serve the visitors well as they face tough rivals ahead in Royal Challengers Bangalore and Chennai Super Kings, who are desperate to come out of mid-table logjam and be in play-off contention.

There is little doubt that Daredevils are the odds-on favourites but they need to guard against complacency as their batting and bowling both looked ordinary against KKR and for the first time, their middle-order was put to test and it failed miserably.

Their foreign recruit Ross Taylor has not fired as yet and in the absence of star English cricketer Kevin Pietersen, who has gone back to England for national duty, the defeat has certainly acted as a wake-up call for Virender Sehwag’s boys.

Taylor, by his own admission is out of form having managed only 107 runs from eight matches, and the Daredevils management may be tempted to pitchfork West Indian all-rounder Andre Russell in the thick of things.

Not only Russell is a capable seamer, he is also a very handy batsman. The rest of the team selects itself.

Daredevils have depth in batting as despite Pietersen not part of it now, the outfit has been bolstered by the arrival of another match-winner in David Warner.

The Daredevils are no doubt a better side with formidable batting line-up and a balanced bowling attack while Chargers have relied a bit more on individual performances from the Australian Cameron White and South African pacer Dale Steyn.

Lack of consistency combined with inability to soak pressure has been the case for Deccan from the start of the league. They created chances for themselves many a times but stumbled near the finish line.

The numbers are heavily stacked against the Chargers and it would be a difficult proposition for them to make a match out of it, when they take the field against Sehwag and Co. at the Rajiv Gandhi International cricket stadium.

The team failed to chase down a target of 170 runs against Kings XI Punjab yesterday and could only manage 145 runs in their alloted 20 overs.

It would surely take a great effort from them to disturb the DD’s momentum. The only way they can hope to pull it off tomorrow, is by playing out of their skins, and hope luck too plays its part.

Skipper Sangakkara will again have to shoulder the bulk of the responsibility while Jean-Paul Duminy and Shikhar Dhawan would look to carry the momentum.

The absence of more game-changers in the team is supposed to be costing the team dearly.

Deccan lack firepower in its bowling department as barring Steyn, the Hyderabad team does not have quality bowlers in their ranks.

Their domestic pacers in Veer Pratap Singh, A Ashish Reddy and Anand Rajan have also failed to provide the South African speedster good support from the other end.

Pakistan to construct cricket stadiums across the country