With fresh details of alleged spot-fixing hitting headlines almost everyday, advertisers and sponsors of the Indian Premier League (IPL) hope the scandal would not affect viewership of the tournament and impact its brand value. 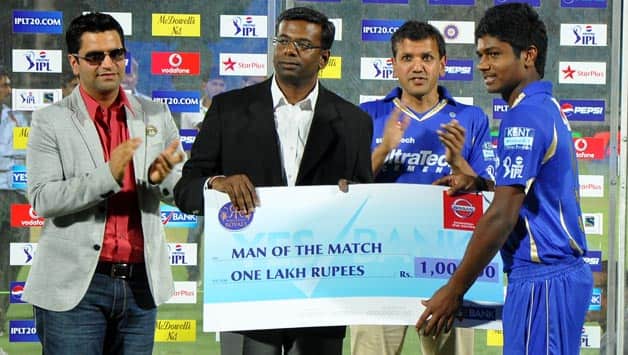 With fresh details of alleged spot-fixing hitting headlines almost everyday, advertisers and sponsors of the Indian Premier League (IPL) hope the scandal would not affect viewership of the tournament and impact its brand value.

Multi Screen Media(MSM), official broadcaster of the T20 format, said fixing of matches by players of a particular team would not impact the brand value and viewership of IPL matches.

MSM President-Network Sales Rohit Gupta said IPL is now a big brand, which would not be impacted by the spot fixing incident for too long.

“It is only three players who have been caught. There are 300 other players who are playing, so we do not believe this spot-fixing is going on in all the matches. This will not have any impact on viewership as was vindicated by the turn out of people at the stadium,” said Gupta.

“I do not think there is any adverse impact as this has happened at the last leg of the tournament. All IPL deals are done at the beginning,” he said.

Water purifier maker Kent RO, one of the sponsors of the IPL team Rajasthan Royals, whose three players have been arrested on spot fixing allegations, termed the current situation as ‘painful’ for them.

“We are absolutely disgusted with what these three players have done. The incident has done a great damage to our brand and hence we have decided to withdraw all the advertisements featuring Sreesanth,” Kent R0 Chairman and Managing Director Mahesh Gupta said.

Gupta, however, added the company will continue to sponsor the Rajasthan team.

Beverages and snacks major, PepsiCo India, who is the title sponsor of the tournament, hoped that IPL governing body and Board of Control for Cricket in India (BCCI), would take appropriate action.

“The matter is under investigation and we are confident that BCCI and the IPL Governing Council will take appropriate action. We believe in the spirit of fair play in sports and remain committed to the property,” a PepsiCo India spokesperson said.

Terming the incident as an “unfortunate development”, Coca-Cola India hoped that authorities would investigate and take the required action.

However, Atlanta-based cola major said it will continue to support cricket, both at the grassroots and at other levels. “Also, our current advertising plans remain unchanged,” a company spokesperson said.

Another major advertiser, Micromax Mobile said some people have brought bad name to the IPL and if such scandals are repeated, then it would have adverse impact on the association of brands with IPL.

“We do believe that it would not be right to cast aspersions on the entire sport as this game has more often put a smile on billion faces,” Micromax Mobile Chief Marketing Officer Shubhodip Pal said.

“However, it is important to root out any bad apples that are bringing a bad name to India’s favorite sport and increase vigilance to stop such occurrences happening in future,” he added.

Three Rajasthan Royals players, including S Sreesanth, were arrested by Delhi Police on May 16 on alleged spot fixing charges.