Allowing franchise owners entry into the Wankhede stadium was one of the conditions put forth.

During Indian Premier League (IPL) 2012, bollywood film star, Shahrukh Khan was banned for five years from entering Wankhede Stadium due to a scuffle with security guards. However, to host the final of IPL 7 edition at Wankhede stadium, Ranjib Biswal, the IPL Charmian had put forth allowing entry to all franchise owners into the stadium, as one of the conditions. MCA vice-president, Ravi Savant clarified on the issue by saying, “They have given us letter for only this game [IPL final]. All the conditions are for this game.”  It has resulted in the ban on Shahrukh being temporarily lifted.

Amul ads, that come up with hilarious banners on current events also turned their attention towards Shahrukh’s five year ban being lifted during their latest release. Their latest caricature is sure to induce some sniggers in the cricket community. 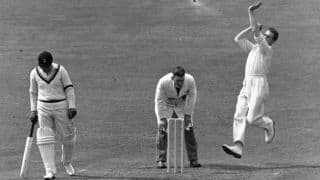