Uncapped cricketers went under the hammer on the second and final day.

All-rounder Rishi Dhawan and batsman Kedar Jadhav clinched stunning multi-crore deals with Kings XI Punjab and Delhi Daredevils respectively as the uncapped cricketers went under the hammer on the second and final day of the Indian Premier League (IPL) players’ auction, on Thursday.

Ranji Trophy’s top wicket-taker this season, Dhawan (base price of Rs 20 lakh) was signed for a whopping Rs 3 crore by the Kings XI Punjab via the ‘Right to Match’ provision after being initially acquired by the Sunrisers Hyderabad.

On the other hand, Ranji Trophy’s top-scorer this season, Jadhav (base price Rs 30 lakh) went to Delhi Daredevils for Rs two crore after intense bidding. Delhi also used the ‘Right to Match’ provision after he was initially taken by Sunrisers Hyderabad.

Dhawan is primarily a fast-bowling all-rounder who bats in the middle-order. The 23-year-old has played for Kings XI Punjab in the 2008 IPL and was signed by the Mumbai Indians last season.

The 26-year-old Jadhav has had a splendid domestic season and has also shown glimpses of his talent in the IPL.

He made a 29-ball 50 for Delhi against the Royal Challengers in his debut IPL match to win the Man of the match award. The next season, he was signed by the now-discarded Kochi Tuskers Kerala, for whom he turned up in six matches.

Tare, with 41 dismissals in the last season of Ranji Trophy, made a record for most dismissals by a wicketkeeper.

He was the second highest run-getter for Mumbai with 842 Runs, which included a double century and three half centuries. He was awarded as the Best Mumbai Ranji Cricketer for 2012-13.

All-rounder Rasool, meanwhile, scored 594 runs from seven matches at an average of 54 including two centuries in the last Ranji season. He also took 33 wickets at an average of 18 with three five-wicket hauls.

The 25-year-old had become the first cricketer from Jammu and Kashmir to be a part of the IPL when he bagged a contract with the now-discarded Pune Warriors last season.

All-rounder Mandeep Singh, former vice-captain of the Indian Under-19 team, was grabbed for Rs 80 lakh by Kings XI Punjab through the ‘Right to Match’ provision. The 22-year-old had been a part of the franchise earlier as well. 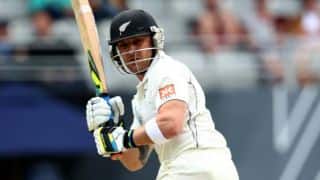 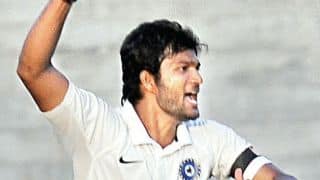