The wicketkeeper batsman Saha can hold his own in the batting line-up.

Wriddhiman Saha is sold to Kings XI Punjab (KXIP) for INR 2.2 crores in Indian Premier League (IPL) 2014  auction. Like Quinton de Kock, Saha’s base price was a crore as well. Sunrisers Hyderabad (SH) and Rajasthan Royals (RR) kept on bidding till two crores when Rajasthan dropped out and Punjab joined the fray with a 2.2-crore bid.

Hyderabad refused to raise the bar higher and India’s reserve wicketkeeper was sold to Punjab. One would have expected Saha to have gone for more, but the other franchises apparently did not seem interested in him at all.

The wicketkeeper batsman can hold his own in the batting line-up by mixing caution with aggression and is a fine wicketkeeper too. 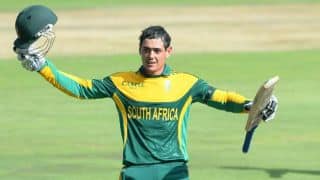 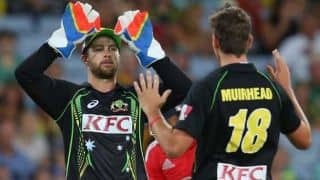