Catch the live streaming of the KXIP vs KKR match here.

Kings XI Punjab (KXIP) take on Kolkata Knight Riders (KKR) in the Qualifier 1 match of the Indian Premier League (IPL) 7. The Gautam Gambhir-led side were reeling at the bottom half after four losses early in the tournament, but fortunes changed midway and it ended second behind table-toppers Kings XI Punjab after league stage. KKR bowling coach, Wasim Akram attributed team’s turnaround to Gambhir’s smart leadership. Catch the live blog of the match here.

Going through an extended run of bad form, Yusuf Pathan exploded against Sunrisers Hyderabad with a 22-ball 72 and single-handedly took KKR to the second spot. Akram cannot stop praising the burly hitter from Baroda. The Shah Rukh Khan co-owned unit has always been accused of not performing up to the potential with a host of stars at their disposal, but this season has been different and Akram opines that it’s all about teamwork. Click here for Live Scorecard of the Kolkata Knight Riders (KKR) vs Kings XI Punjab (KXIP), IPL 2014 match.

Both the teams are two wins away from the glittering trophy, but a loss in the first qualifier will not be the end of the road either. The losing team would survive to play the second qualifier in the battle to make the final. Yusuf has shown how dangerous he can be when he is middling the ball as even world number one pacer Dale Steyn was no challenge for him. 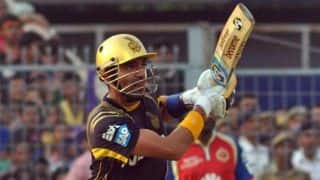