Rahul Dravid was the captain of Rajasthan Royals during spot-fixing controversy.

Mumbai:Having gone through a testing time as cricket captain of Rajasthan Royals (RR) when the spot-fixing scandal broke two seasons ago, team mentor Rahul Dravid today called for stricter laws, even criminal, to be put in place by the country’s lawmakers to deal with this issue in IPL.  Rajeev Shukla appointed Chairman of IPL Governing Council; Sourav Ganguly, Ravi Shastri also named

“Irrespective of whoever is in charge of IPL, one of the most important things is that we need to have stricter laws that deal with issues like match fixing, spot fixing. And there should be consequences when people make mistakes and are proven guilty,” said the former India captain at a media conference, here. IPL 2015: Rahul Dravid, Ajinkya Rahane, Steven Smith, Shane Watson unveil new Rajasthan

“We need to have those laws in place that in the long term act as a deterrent. For anything like robbery, theft and cheating there are laws and strict consequences [for breaking them]. Those consequences need to happen from lawmakers. You need to go into areas of (these things) almost to be treated as a criminal offence. That’s my belief,” said Dravid. IPL 2015: Rajasthan Royals gear up to repeat 2008 history with another royal show

“There are consequences in cricket [for wrong doing] and you pay the price,” pointed out Dravid with Royals players Shane Watson (captain), Steve Smith, James Faulkner, all Australians, and India’s Ajinkya Rahane sitting by his side. IPL 2015: Kane Richardson ruled out for Rajsthan Royals, this season

Three Royals players, including India pace bowler S Sreesanth, were found guilty of spot fixing and sentenced to prison in 2013.

The far-reaching effect of the scandal saw the then Cricket Board president and Chennai Super Kings team owner N Srinivasan being asked to step aside from his role by the Supreme Court after his son-in-law and team principal Gurunath Meiyappan was found guilty of betting during the cash-rich league. Rajasthan Royals pay Rs 15 crore to ED

Agreeing that IPL has gone through some “unfortunate” incidents, Dravid said while a system has been put in place in the T20 league by the authorities to guide the players to stay away from those corrupting the game, it should be replicated when they are not part of the IPL franchise teams. Rajasthan Royals at IPL Player Auction 2015: Royals continue to remain wise

“There have been some unfortunate incidents relating to IPL. But there have been such incidents in cricket as a whole and IPL cannot be seen in isolation. IPL attracts a lot of hype, media attention and wrong elements as well. We have to be vigilant at all times. IPL 2015 Auction: Full list of players bought by Rajasthan Royals (RR) for IPL 8

“We have the system, the education programme and everyone is making an effort. We have to recognise that there are undesirable elements who want to come into the game. One of the important things Is that IPL is just for two months and at other times the players are away from franchises. Things like education and vigilance need to be followed by not only IPL but others too,” said Dravid. 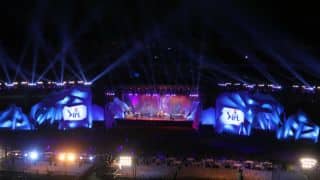 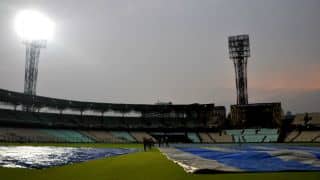