IPL 2017: Steven Smith insists there are no issues between MS Dhoni and him

IPL 2017: Steven Smith insists there are no issues between MS Dhoni and him

Steven Smith insisted that MS Dhoni has been really supportive and that his professional relationship with him would not change irrespective of the 35-year-old's removal as the captain.

New Delhi: Steven Smith has emphasized that there are no issues between him and former Indian captain MS Dhoni, who was replaced by the Australian as captain of the Rising Pune Supergiant for the tenth edition of the Indian Premier League (IPL), beginning April 5. Speaking ahead of the start of season 10, Smith further insisted that Dhoni has been really supportive and that his professional relationship with him would not change irrespective of the 35-year-old’s removal as the captain of the Pune team. “No issues between MS Dhoni and me. We have shared some messages, MS is very supportive and it doesn’t change my professional relationship with him or anyone else,” Smith said. READ: Steven Smith, Ajinkya Rahane fully focussed on helping Rising Pune Supergiant win IPL 2017

The Australian batsman was in the national capital along with India’s middle-order batsman Ajinkya Rahane and the new addition to the team, England all-rounder Ben Stokes, to unveil the Pune Supergiant’s new jersey for IPL 2017. Also present on the occasion was Sanjiv Goenka, chairman, RP-Sanjiv Goenka Group. Looking forward to his new responsibility with much integrity and fervor, Smith said that his side are hoping to make Pune proud with high and orderly performances.

“I am looking forward to my new responsibility with much integrity and fervor. My experience of playing in India has been wonderful so far. This year we also have a new member Ben Stokes with us who will balance experience and skill in right dose. High and orderly performance with good bowling, fielding and batting will be the benchmark for judging the team. We hope to make Pune proud with good cricket,” he said. READ: IPL 2017: Ben Stokes excited to play with MS Dhoni, Steven Smith for Rising Pune Supergiant

When asked about his decision to appoint Smith as the franchise captain, RPS owner Goenka said, “When you appoint a captain you do so with full trust, recognition and full appreciation. And I have no hesitation saying this again that I have admired the way Steve has led Australia over the last several months. I have great admiration for his captaincy. READ: Joe Root asks Ben Stokes to find Steven Smith s weakness during IPL 2017

RPS won only five of their 14 matches in the IPL 9 under Dhoni, finishing seventh. It may be recalled that the Suresh Raina-led Gujarat Lions topped the table last year. Dhoni had reportedly said that he would give his full co-operation to Smith in the coming season of the IPL. Dhoni is one of the three captains to have won the cash-rich T20 league twice. He led Chennai Super Kings for nine editions starting from the league’s inaugural season in 2008. Under him, CSK won the IPL in 2010 and 2011 while the Champions League in 2010 and 2014. 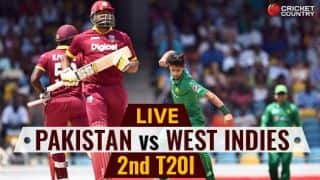 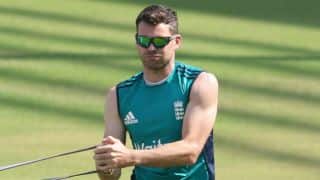