Ben Stokes, who was bought by Pune for a whopping Rs 14.50 crore during last month's auction, will be making his IPL debut this year.

London: England’s Test cricket team skipper Joe Root on Thursday asked all-rounder Ben Stokes, who will play under the captaincy of Steven Smith in the IPL franchise Rising Pune Supergiant (RPS), to find the weakness of his new skipper so that they can beat Australia in the Ashes series later in the year. Stokes, who was bought by Pune for a whopping Rs 14.50 crore during last month’s auction, will be making his IPL debut this year. “Smith has become one of the best players in the world. In fact, he is ranked as the best player in the world and is just racking up the runs for fun,” Root was quoted as saying by Dailystar.co.uk. READ: IPL 2017: Ben Stokes excited to play with MS Dhoni, Steven Smith for Rising Pune Supergiant

“So the one thing Stokesy can do for us is make sure he finds a little weakness in Smith’s armoury for us when we go down to Australia, if he can,” he added. Australia will host England in the Ashes series starting from November 23. Root also said that this cash-rich league will help English cricketers to improve their game. “It is great to see a number of English guys getting that exposure to fantastic ex-players and coaches as well as some of the best players in the world,” Root said. READ: Pleased vice-captain Ben Stokes backs Joe Root as captain

“Hopefully, they come back better for it and I’m sure they’ll gain confidence from being out there and playing in front of some big crowds,” he added. Root, who takes over from Alastair Cook as England’s captain promised that England will be better prepared for the upcoming Ashes 2017-18, to be played Down Under. 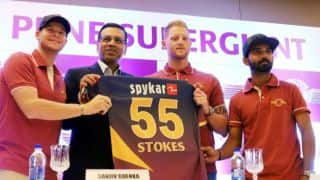 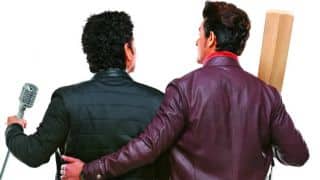