Model Erin Holland has been announced as Star Sports' anchor for the Vivo IPL 2018 for pre match, post match and half time.

Model Erin Holland has been announced as Star Sports’ anchor for the Vivo IPL 2018 for pre match, post match and half time. According to reports in The Sunday Telegraph she will be seen along Michael Clarke, Kevin Pietersen and Brett Lee.

I can finally announce I ve joined the @StarSportsIndia family as an @IPL anchor!! Bring on the next month here in #India #IPL #VIVOIPL #dreamcometrue pic.twitter.com/itHm6PzxT6

Erin has been in long term relationship with Ben Cutting who is currently playing for Mumbai Indians in IPL 2018. She revealed that she has always been fan of the game. Talking to Fox Sports she said, “It’s a pinch me moment in my career.”

Found me a familiar @mipaltan on my first day with @StarSportsIndia Hi @Cuttsy31 !! #IPL18 pic.twitter.com/31z9faRESX

She also talked about her researc about the tournament and players so that she could be on the top of the game.”I grew-up around cricket, It has been my favourite sport since I was a kid but, of course, I’ve been brushing up and researching all the teams and players so I’m on top of my game.” 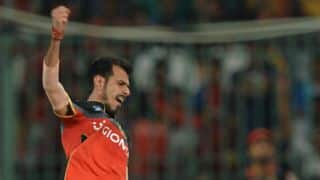 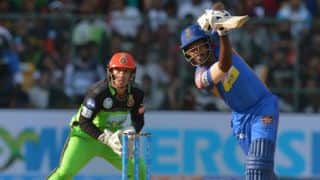