Delhi Daredevils (DD) had retained Shreyas Iyer, Rishabh Pant and Chris Morris ahead of the auctions.

Delhi Daredevils (DD) had retained Shreyas Iyer, Rishabh Pant and Chris Morris ahead of the auctions. However none of them were captainship material. Delhi on day one of the IPL 2018 auction purchased Gautam Gambhir for INR 2.8 crores.

Ricky Ponting, DD’s head coach post auction said that Gambhir is likely to lead the side talking about his past record for Kolkata. He also said his experience will help young players like Pant and Iyer.

Gambhir scored 172 in nine matches with a high score of 66 in the Syed Mushtaq Ali trophy. He played an important role for Delhi in Ranji trophy as they lost to Vidarbha in the final. In a twitter video Gambhir thanked KKR for all the support and love. He concluded saying that he is ‘happy to be back home.’ 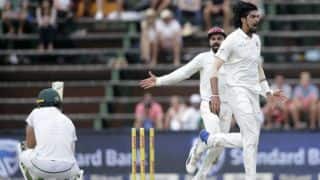