Gayle surpassed Australia opener David Warner (114 innings) as the quickest to the landmark.

Chris Gayle, the swashbuckling West Indies batsman has added another record to his T20 career when he became the fastest to score 4000 runs in the Indian T20 League.

Gayle, playing Rajasthan’s opening match of the season against Punjab on Monday, walked out to bat six runs shy of the mark, and the big-hitting opener achieved the feat during his 112th innings, when he scampered for a single after hitting the ball towards mid-off. He surpassed Australia opener David Warner (114 innings) as the quickest to the landmark. (READ: Chris Gayle not ruling out retirement U-turn)

Gayle was drafted into the Punjab franchise during the auction process of last season. Gayle, having gone unsold in the first two rounds, was bought for his base price of Rs 2 crore by Punjab, a move which proved to be a masterstroke as he scored 252 runs in the first four matches of the season. (READ: Rahul calls Gayle most mischievous in dressing room)

Gayle owns almost every T20 batting record that there is. Gayle has struck six centuries in the Indian T20 League, more than anyone else in the history of the tournament and has the highest individual score in T20 cricket, when took apart Pune Warriors India in 2013 en route to scoring an unbeaten 175 for Bangalore at the Chinnaswamy stadium. Overall, Gayle has 21 T20 centuries.

Gayle has been in belligerent form of late. After announcing that he would retire from international cricket at the conclusion of the World Cup, playing his final ODI series on his home soil, Gayle struck form and tallied 424 runs in four innings his scores reading 135, 50, 162 and 77 even as West Indies lost the series. Prior to that, in the Caribbean Premier League. 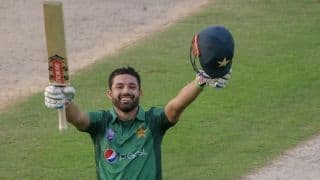 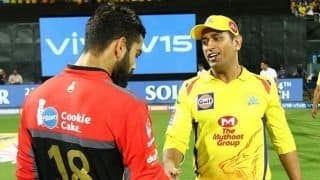