Following his sensational form in the ongoing ODI series against England, Chris Gayle has been forced to rethink his decision to call time on international career.

Following his sensational form in the ongoing ODI series against England, Chris Gayle has been forced to rethink his decision to call time on international career post the ICC World Cup.

Earlier this month, Gayle had announced his ODI retirement after participating in the World Cup in England but has hinted he might be tempted to make a U-turn. “What s the matter with the body? I m nearly 40. But could I un-retire? We ll see. We ll take it slowly,” Gayle said. (ALSO READ: Buttler not close to the Universe Boss, but will get there – Gayle)

He continued, “I ve been playing a lot of T20 cricket, so it s always going to be a difficult coming back into 50-over cricket. But eventually the body gets accustomed to the 50-over format.”

Gayle’s biggest issue has been his fitness and he admitted managing his body will be vital in extending his ODI career. “I just have to work on the body and then maybe you can see a bit more Chris Gayle, maybe. Things change quickly. Hopefully the body can change in the next couple of months and we can see what happens,” he said.

Gayle, 39, says he has been working on his fitness and trying to keep with the youngsters. “I m in good condition. The body is feeling good and I m pleased with that. I ve lost a bit of weight and I don t want to get too big. I m still working on my six pack. I m trying to keep up with the youngsters in the field who are like cats the way they chase the ball. I still have it in me and I m still enjoying it,” he said. 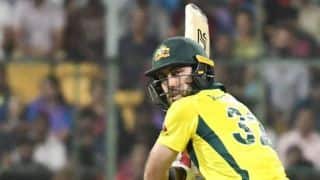 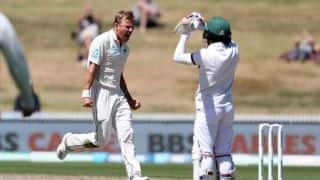