Leading from the front, MS Dhoni scored unbeaten 75 off 46 balls to set up Chennai s eight-run win against Rajasthan.

While Chennai had an early stutter, skipper MS Dhoni came to the team’s rescue yet again to set up his side’s eight-run win against Rajasthan at the MA Chidambaram Stadium in Chennai in the Indian T20 League 2019 on Sunday.

Chennai were three down for 27 before Dhoni and Suresh Raina added 61 runs together before the left-hander was dismissed. Dhoni, then put up a 56-run partnership with Dwayne Bravo. The Chennai skipper batted till the end, launching into the attack in the final stages of the innings as the hometeam scored 58 runs in the last three overs. (ALSO READ: Dhoni, Bravo keep Chennai s winning streak intact despite Rajasthan s late surge)

Dhoni highlighted that Chennai needed a partnership and said that the team knew that batting would get easier as the game progressed.

Chennai made one change to their playing XI as Mitchell Santner replaced Harbhajan Singh in the team. Dhoni though made it clear that it is not important to make changes if not necessary. (ALSO READ: As a batting unit we need to take responsibility for loss against Chennai: Ajinkya Rahane)

“Initially I thought we would look at how the fast bowlers would bowl so we could bring in the spinners. Jadeja and Santner found it hard to grip the ball. Irrespective of the results, it is important to cut the boundaries and it is difficult for the fast bowlers to execute. It’s better to keep hitting the same mark. Whether slower was a good option or not, we need to evaluate that. We need to cut the grass thinner but I don’t think this is a controllable factor,” said Dhoni. 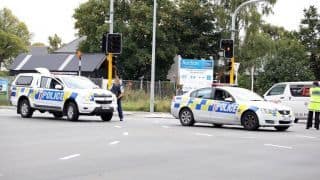