The Shreyas Iyer-led side is coming into this game on the back of two winsVirat Kohli s RCB, meanwhile, will be chasing their fourth successive win.

Whatever happens at Kotla, a winning streak will come to an end, will it be of the home team or of the opposition that’s being led by the Delhi man?

Weather: The sun will be out in its full glory with a maximum temperature of 42 degrees Celsius

While DC were pushed on the backfoot in a few games this season, they have found a different set of match-winners. The latest is Rishabh Pant. Although he had a quiet tournament following his unbeaten 78-run blitz against Mumbai Indians (MI) in the opening game, he made a return to form, once again scoring an unbeaten 78, powering DC to win in their previous game against RR. (ALSO READ: Iyer reveals effect of Ponting s tips on Pant s match-winning knock against RR)

Coming to their bowling attack, the focus will once again be on how the Purple Cap-holder Kagiso Rabada performs.

We have won the last four out of our five matches, and with three more matches to go, I feel we are going in the right direction. I am happy that the team is peaking at the right time, with better communication amongst the group. DC head coach Ricky Ponting 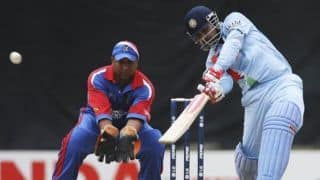 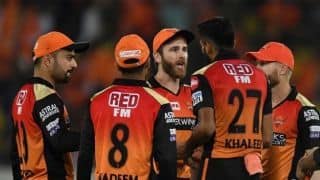