RCB now need to win their remaining three games and hopes for favourable results from the other teams to stand a chance for a playoffs berth.

Captain Virat Kohli reckons losing six matches on the trot to begin what was their worst start to the Indian Premier League (IPL 2019) hurt the team which changed every member s attitude that has reflected in Royal Challengers Bangalore clinching their third straight win the recent coming against Kings XI Punjab.

Losing six in a row hurt all of us. That big break before Mohali helped us. It is important that we don’t take any pressure. We just need to play how the world knows we can play, Kohli said at the post-match presentation ceremony after AB de Villiers sensational 82 off 44 led them to a 17-run victory at the M Chinnaswamy Stadium in Bengaluru on Wednesday.

The win took RCB off from the bottom to the penultimate position. They now need to win their remaining three games and hopes for favourable results from the other teams to stand a chance for a playoffs berth. (IPL 2019 results: Points table standings – updated after RCB vs KXIP match)

We won four out of the last five we have played, it could have been five out of five. We are just looking to enjoy our cricket. Tonight was another example of having fun. The partnership of ABD and Marcus Stoinis changed the match for us. At one stage we thought 175 was good but AB and Marcus got us past 200. The way they played was the deciding factor, he said.

I tried to stay calm in the last few overs. It is not easy always. The game is happening at a rapid pace. We know our home ground very well, it hasn’t been a great hunting ground for us to start with, but we are turning things around now, he said.

And we are doing things well now. We are doing good as a team now. I still think 160 was a par score but it gets easier in the second innings. Our bowlers executed their plans to perfection in the end. 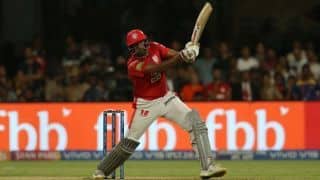 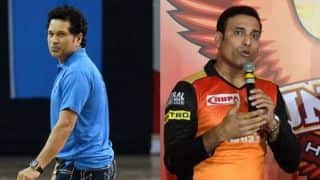