Sam Curran claimed a hat-trick as Kings XI Punjab snatched victory from the jaws of defeat against Delhi Capitals.

Only the third KXIP bowler to pick a hat-trick in the history of the league, Curran revealed that he took a cue from teammates when it came to bowling to the domestic players. (ALSO READ: R Ashwin hails Shami, Curran as Kings XI Punjab beat Delhi Capitals)

“I didn’t really know (about the hat-trick). The crowd got really loud, I couldn’t hear myself. Ash told me what to do. Ryan Harris was standing at the third man region. Against the local batters, I had to ask our players, “Where does he hit?”. (Mohammed) Shami got two amazing overs in the end which helped,” he smiled. (ALSO READ: IPL 2019: How Delhi Capitals capitulated against Kings XI Punjab)

While he was the star of the show, Curran said it was a complete team effort that saw KXIP pull off the win. “Great win for the guys. I tried to put a performance for my team. Luckily enough, we scraped to 166, all the six bowlers were excellent. I have worked a lot on my batting over the last few months. I like to work hard on my batting, bowling and fielding,” he said. (ALSO READ: I am speechless, says captain Shreyas Iyer as Delhi Capitals implode against Kings XI Punjab)

Made to open the batting as Chris Gayle was out with an injury, the 20-year-old said this was his first at the professional level. “I have opened in school cricket, but think this was the first time in professional cricket. Hopefully, we keep winning games,” he said. 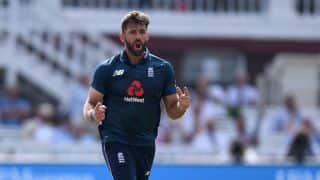 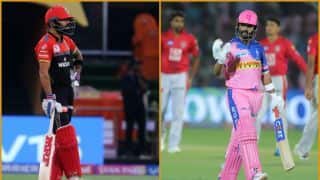