The local fans had a lot to cheer as Punjab, playing their first home game of the season, beat the Rohit Sharma-led Mumbai by eight wickets.

The local fans had a lot to cheer as Punjab, playing their first home game of the season, beat the Rohit Sharma-led Mumbai by eight wickets in the ninth match of the Indian T20 League 2019 and registered their second win of the ongoing season of the cash-rich league.

Seven-ball over and another umpiring controversy almost

R Ashwin and the umpires have been receiving a lot of flak for different reasons in the Indian T20 League 2019. While the former has been criticised for Mankading Jos Buttler, the umpires have come under the scanner for failing to spot a no-ball during the Bangalore versus Mumbai clash. (READ: Fuming Virat Kohli calls umpire s mistake ridiculous )

The two were at the centrestage yet again as Punjab took on Mumbai in the ninth match of the season. While the bowler was not at fault, he ended up bowling a seven-ball over. The seventh ball of the over cost Punjab a four. However, another umpiring controversy was avoided after it was made clear that the first ball of that over was a dead ball and hence, Ashwin had to ball the seventh delivery.

Punjab swapped one mystery spinner for another as Murugan Ashwin replaced Varun Chakravarthy in the playing XI. While the latter, who was bought for a whopping Rs 8.4 crore in the auction, went for a plenty in his first game of the cash-rich league, the former repaid the faith shown in him by skipper R Ashwin.

The Tamil Nadu spinner, who was playing his first game in this season, scalped two wickets Suryakumar Yadav and Yuvraj Singh when Mumbai were looking to score big on the back of a brisk start provided by Rohit Sharma and Quinton de Kock. What also stood out about his performance was that he went for only 25 runs, the same were conceded by Varun in an over in the previous game against Kolkata on debut.

While there has never been a doubt about the talent KL Rahul possesses, he has, for whatever reasons, has not achieved as much as he should have. However, Rahul, who was Punjab s leading run-getter in the previous season, played a pivotal part in Punjab s eight-wicket win, scoring an unbeaten 71. (ALSO READ: Murugan Ashwin, KL Rahul star as Punjab beat Mumbai by eight wickets)

Although he did not get a brisk start, Chris Gayle and Mayank Agarwal s quickfire knocks helped him bide his time, settle down and then up the ante when the time came. The wicketkeeper-batsman scored an unbeaten 71 off 57 balls, hitting 6 fours and a six to seal Punjab s second win of the season.

With the World Cup approaching and he being in the race to make it to India s squad for the mega event, this knock will do him a world of good in the remainder of the tournament and for the big event that s around the corner. 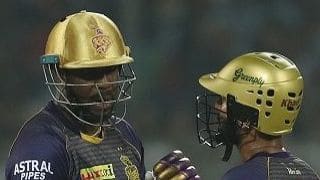 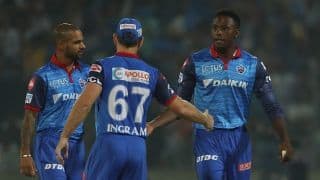