MI will be keen to complete a hat-trick of wins while KXIP will be out to beat MI for the second time in IPL 2019.

With Rohit Sharma out “as a precautionary measure”, Kieron Pollard-led Mumbai Indians (MI) have won the toss and elected to field against Kings XI Punjab (KXIP) in the 24th match of the Indian Premier League (IPL) 2019 at the Wankhede Stadium in Mumbai on Wednesday. (IPL 2019, MI vs KXIP: FOLLOW LATEST UPDATES)

While Siddhesh Lad will be making his IPL debut and he will replace Rohit in the playing XI, KXIP have made two changes to the playing XI, with Karun Nair replacing injured Mayank Agarwal and Mujeeb Ur Rahman making way for Hardus Viljoen.

Pollard said MI are bowling first keeping in mind the dew factor. Pollard also said that MI have opted to rest Rohi for this game.

“We will bowl first because of the dew factor. We don’t think wicket will change much here at the Wankhede stadium,” said Pollard. (ALSO READ: MI vs KXIP: What can we expect to see?)

“Rohit is fine but as a precautionary measure we have decided to give him as a rest,” added Pollard.

While Ashwin said that one of the team changes was forced, Viljoen has replaced Mujeeb as the spinners have struggled to bowl eight overs on the Wankhede track.

“We would have bowled first too but teams have defended well on this track. We have a forced change in our team, Mayank has not recovered from his finger injury so Karun Nair will replace him. And Hardus Viljoen also comes back in the team. He will replace Mujeeb. Spinners have struggled to bowl 8 overs on this pitch so we have added an extra seamer,” said Ashwin.

MI are eager to complete a hat-trick of wins, having beaten Chennai Super Kings (CSK) and Sunrisers Hyderabad (SRH) in their last two games.

KXIP, who beat SRH in their previous game, will be keen to have an encore of a result when they last faced MI. 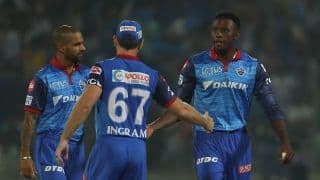 IPL 2019: My parents, as young Black Africans, didn't have it easy during apartheid but I was blessed: Kagiso Rabada 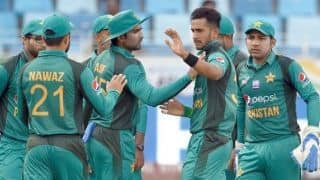