The 37-year-old's innings against RCB was yet another exhibition of the vintage MSD innings which cricket fans in India used to see more frequently in the early 2000s.

With 26 runs needed off the final over, anyone would say that the bowling team has the upper hand and is most likely to win the game.

This is what Royal Challengers Bangalore (RCB) skipper Virat Kohli would have thought when he handed the ball to Umesh Yadav on Sunday.

However, he was aware of the fact that the batsman at the striker’s end was none other than MS Dhoni, a man who has been famous throughout his career for doing the impossible. And he almost pulled it off again.

Chennai Super Kings (CSK) skipper Dhoni might have fallen short by a run, but what he did start was that he ignited the debate all over again if the former India skipper is still the greatest finisher ever in the gentleman’s game.

With just over a month left for the 2019 World Cup to begin, the warning bell has been rung and opposition captains will definitely be taking note.

The 37-year-old’s innings against RCB was yet another exhibition of the vintage MSD innings which cricket fans in India used to see more frequently in the early 2000s. It was only poetic justice that RCB skipper Virat Kohli accepted that Dhoni had indeed given his team a “scare”.

In the ongoing edition of the Indian Premier League (IPL), Dhoni has been in outstanding form scoring 314 runs in the nine games that he has played, at an average of over 100. However, what has been more satisfying is the way he has scored those runs. He has come in at difficult times and has built the innings beautifully.

Even at 37, he is hitting the ball as he used to in his younger days, an example of which was the monumental 111-metre six he hit out of the M Chinnaswamy Stadium.

Going into the World Cup, Dhoni’s form is something which is vital to India’s chances of lifting the coveted trophy for the third time. With a relatively inexperienced middle order, it becomes all the more important that the former India skipper continues with his prolific run at the showpiece event. (ALSO READ: King Kohli along with cool cucumber MS Dhoni will bring back the World Cup: Srikkanth)

But Dhoni would be aware of the fact that he had a horrid run the last time he was in England. In the five-match ODI series played last year, the wicketkeeper-batsman was out of form.

His strike rate was so slow that he was even booed at Lord’s when India were chasing 323. Dhoni managed to score only 79 runs from 125 balls in two innings against England and was heavily criticised by the pundits as well.

However, Dhoni came back to form in style in the Asia Cup and the ODI series in Australia, where he was also adjudged Man of the Series.

‘Captain Cool’, who had handed over the reigns to Kohli in 2017, still holds a very important place in the Indian limited-overs set up. In the twilight of his career, he still is a key figure in the Indian setup, often being the man that Kohli looks up to in times of crisis, whether it be for the valuable inputs he gives or for his exemplary presence behind the stumps. (ALSO READ: IPL 2019: MS Dhoni s batting brilliance against RCB took me back to 2006: Kiran More)

And by firing right before the World Cup in the ongoing IPL, Dhoni has signalled that the game has only just begun. 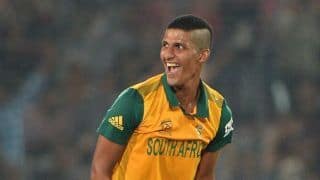 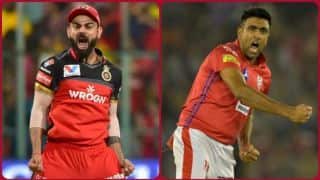