Indian leg spinner Piyush Chawla has been bought by Kolkata Knight Riders (KKR) for a sum of INR 4.25 crores during the IPL 7 auctions being held in Bangalore.

The leg-spinner, who formerly represented the Kings XI Punjab was the first spinner to go under the hammer during the IPL 7 Auctions. His base price was Rs 50 lakhs, and there was a chance of KXIP retaining him if they wanted to, because they still had one ‘Right to Match’ card remaining with them.

Chennai Super Kings started the bidding, and soon Delhi Daredevils too joined in. Both the bidders took it past Rs 1 crore for Chawla, before CSK dropped out, and KKR entered at Rs 1.2 crores. KKR then made their intentions clear by upping the bid to Rs 2 crores.

Delhi then took on the challenge and upped the bid to Rs 3.5 crores before KKR served the knockout punch by bagging the leg-spinner for Rs 4.25 crores. 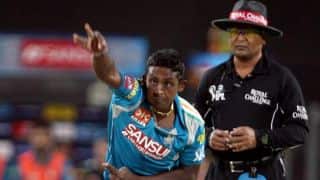 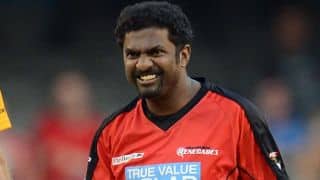