Rohit Sharma said that Mumbai Indians had to take the positives despite there not being many.

Mumbai Indians (MI) captain Rohit Sharma said there was a lot to learn from their defeat against Kolkata Knight Riders (KKR) in the first match of the Indian Premier League (IPL) 2014. Mumbai lost to Kolkata by 41 runs at Abu Dhabi on April 16. KKR posted a total of 163 for five and then reduced MI to only 122 for seven.

“It’s disappointing, first game of the season. Lots to learn from this game. We will take the positives from this game, although there weren’t many. I hope the guys stay positive and enjoy each other’s company. It’s a long tournament,” Rohit said.

Opting to bat, KKR rode on Jacques Kallis and Manish Pandey’s 64 to post a competitive 163 for five, before restricting Mumbai Indians at the Sheikh Zayed Stadium, with Narine returning match-winning figures of four for 20.

KKR’s innings was built on a 131-run second-wicket partnership between Kallis and Pandey.

Rohit said, “They batted really well, we didn’t get a wicket when we wanted and they knew with eight wickets in hand they went after the bowling. We tried our best, Lasith Malinga bowled really well and I hope the guys can turn it around as quickly as possible.

“There was a fair bit of grass on the wicket, there was a bit of bounce. Odd balls were stopping and coming so it wasn’t true. It played well but we didn’t bat well. Still 13 more games and I hope we come back strongly.” 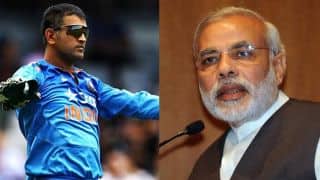