Former India wicketkeeper and member of 1983 World Cup winning team, Syed Kirmani on Sunday said that he is ashamed to call himself a cricketer after the recent spot-fixing scandal in the Indian Premier league (IPL). 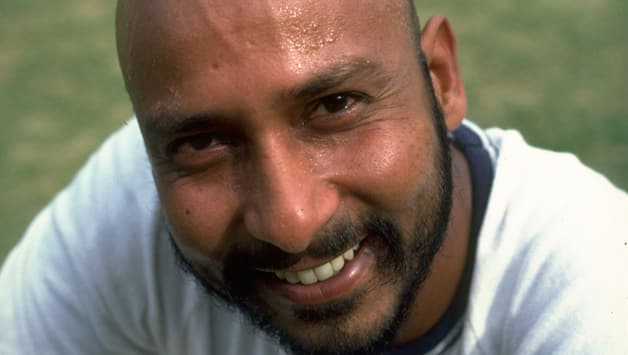 Former India wicketkeeper and member of 1983 World Cup winning team, Syed Kirmani on Sunday said that he is ashamed to call himself a cricketer after the recent spot-fixing scandal in the Indian Premier League (IPL).

Kirmani said that the morality level among people has gone down forcing them to indulge in illegal activities.

“Logon me greed itni badh gayi hai ki vo kuch bhi karne ko tayar hain aaj kal (people have become so greedy nowadays that they are willing to do anything). Morality has gone for a toss in every sphere in India. If you remember, when Hansie Cronje was indicted in match fixing row, he turned out to be courageous and stepped to take the responsibility on his shoulders and admit his fault to the world. If these people are courageous enough, why don’t they come in front of cameras and tell the world that they are not guilty? I’m ashamed to call myself a cricketer today, because of such incidents,”

The former wicketkeeper believes that stopping betting is a humongous task.

“See, you cannot help it. Betting is on everywhere, in every game, on the field, off the field, cheating is going on.. you just cannot wish it away. However, what you can do it that you can discipline your players,” Kirmani was quoted as saying by The Times of India.

Kirmani believes a strict law should be brought in to cleanse the game from malpractices.

“Our system is very slack in this regard. If you would go back to the 90s, when [Ajay] Jadeja and Azhar (Mohammad Azharuddin) were banned for lifetime for match-fixing, they had to be exonerated in the end because of want of evidence. My question is that if there was no evidence, why were they banned in first place? So I think it’s high time that a strict law should be introduced, jisse players me thoda dar aaye (something that instils fear in players). I believe that a law should be brought into force immediately which should impose at least 12 years of rigorous imprisonment, apart from fine and lifetime ban to cleanse the game,” he concluded.

Tim May hits out at ICC, BCCI for culture of back-room deals and intimidation