The suspension of CSK and RR also added to the list of players who have represented only banned teams.

As things stand, Chennai Super Kings (CSK) and Rajasthan Royals (RR) find themselves out of the next two editions of Indian Premier League (IPL). As the Supreme Court verdict came down hard, CSK and RR joined the undistinguished list of IPL teams to be suspended, or worse. IPL Verdict: Anurag Thakur welcomes Lodha panel’s landmark decision

Deccan Chargers (DC), IPL champion in 2009, were disbanded in 2012 and replaced by Sunrisers Hyderabad (SRH); Pune Warriors (PWI), a late entrant, joined the fray in 2011 before disappearing after 2013; and Kochi Tuskers Kerala (KTK), who were around for a solitary season (2011), were terminated due to internal issues. IPL Verdict: Justice RM Lodha’s verdict will go a long way in keeping cricket clean

The suspension of CSK and RR also added to the list of players who have represented only banned teams. Let us have a list:

2. Graeme Smith: One of the cricketers who have helped shaped cricket in the 21st century, Smith was a part of RR from 2008 (their title season) to 2010. He moved to PWI in 2011 and never played IPL again after that. CSK & RR banned from IPL: What will MS Dhoni’s next step be?

3. Steven Smith: This seems to be a monopoly for the Smiths: Steven Smith, one of the finest contemporary batsmen, rose into prominence during his stint with PWI in 2012 and 2013. He also appeared for RR in 2014 and 2015, but now what?

4. VVS Laxman: Perhaps the unlikeliest and most unfortunate entry to the list, VVS was named an ‘icon player’ of DC, but he did not accept the honour. He was named captain, but was replaced mid-series — but continued to play on till 2010. He moved to KTK in 2011, and was not considered after that. IPL Verdict: List of Cricketers we will miss in action in IPL 2016 & 2017

5. Mitchell Marsh: Marsh was 17 when DC picked him up (his brother, after all, had won the Orange Cap the previous season). Marsh played two seasons for DC and three more for PWI, neither of whom exists anymore.

6. Tim Southee: Southee has been spearheading the New Zealand attack for some time now, and became hot property in IPL. He started with CSK in 2011 before having a stint for RR in 2014 and 2015. What lies in store for him?

7. Kane Richardson: Richardson, he of the impressive beard and Twitter status “I am not Kane Williamson,” represented PWI in 2013 and RR in 2014. He missed the 2015 edition. Who will he come back for, if he does? ALSO READ: IPL verdict will restore faith in BCCI, says Justice Mukul Mudgal

8. Ishwar Pandey: A domestic champion, Ishwar Pandey made his IPL debut for PWI in 2013. After PWI were dissolved, CSK absorbed him in 2014, and he became one of the regulars ever since. What next?

9. Raiphi Gomez: The hard-hitting Gomez played for KTK in 2011. PWI picked him up afterwards, and once they vanished into oblivion, he is yet to resurface. Read more on IPL Verdict 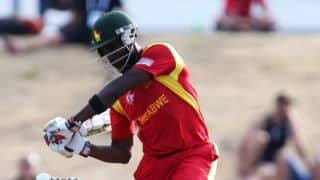 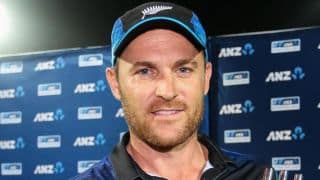