Pakistani players have been barred from participating in the IPL.

Former captain Wasim Akram believes that the time is right for Pakistani players to be allowed back into the Indian Premier League (IPL) as it would help the event connect with more fans in not just the subcontinent but all over the world.

Pakistani players have been barred from participating in the IPL since the 2008 Mumbai terror attacks. They only took part in the first edition of the event but since than have been kept out for different reasons one of them being the political uncertainty between the two countries.

“Whenever India and Pakistan players have played either against each other or together, they have attracted lot of crowds and you get plenty of support, especially in this part of the world. I hope in near future Pakistani players will be able to participate because we have great talent,” Wasim said in an interview on pakpassion.net website.

“Imagine Saeed Ajmal playing. It would have been perfect in these conditions,” he said referring to the first leg of IPL matches in the United Arab Emirates [UAE].

“Umar Akmal, Umar Gul, Shahid Afridi playing would have been huge. This was their home ground, but let’s see it’s a decision of the cricket boards of both countries has to take.

Mixing sports and politics was going to do no good,” he said.

The former Pakistan captain also felt that conditions and facilities in the UAE were ideal for IPL and international cricket.

“It feels good to be back and seeing the facilities here I must say it is as good as any ground I have seen around the world. I’m very sure IPL will start off with a bang here. The buzz is already around and my friends were calling and asking for tickets again,” said the former pacer.

He said he knew the wickets in the UAE like the back of his hand and his expertise will definitely benefit Kolkata.

“The conditions are similar and probable better wickets with the ball coming nicely on the bat and it will be good for the T20 format. In T20 cricket, people come for entertainment and it is sixes, fours and wickets that makes it interesting,” he said. 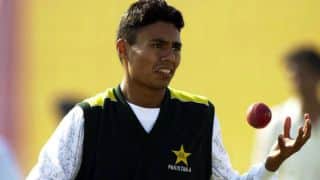 IPL 2014: Indian players for whom the seventh edition of tournament is critical