Ishant Sharma will hope not to repeat such offence in the future.

India fast bowler Ishant Sharma has been found guilty for breaching the ICC Code of Conduct and has therefore been banned for one Test and as a result will miss the first Test between India and South Africa on November 5, 2015 in Mohali. Ishant was charged under Article 2.1.7, which relates to “using language, actions or gestures which disparage or which could provoke an aggressive reaction from a batsman upon his/her dismissal during an International Match”. If Ishant makes the mistake of committing a similar offence in the next 12 onths, he would have accumulated eight suspension points and as a result he could be banned for a period of 12 months. READ: India beat Sri Lanka by 117 runs in 3rd Test at Colombo (SSC), win series 2-1

Commenting on his decisions, Andy Pycroft of the Emirates Elite Panel of ICC Match Referees said: “Monday’s incidents were not good advertisements for international cricket. These experienced cricketers forgot their fundamental responsibilities of respecting their opponents as well as the umpires, and got involved in incidents which were clearly against the spirit of the game. Their actions cannot be condoned and must be discouraged. READ: India register first win in Sri Lanka after 22 years

India beat Sri Lanka in the third and final Test of the series by 117 runs to win the series 2-1. This is India’s first series win in Sri Lanka in 22 years. India now await South Africa at home, where they will play The Proteas in two T20Is, five One-Day Internationals (ODI) and four Tests.  READ: Sachin Tendulkar congratulates India on series win against Sri Lanka 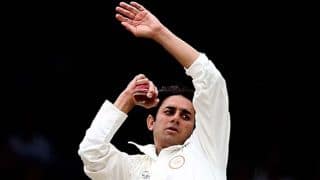