CA boss James Sutherland has put Australia test team's struggles firmly at the door of the players and rejected suggestions they were unprepared.

Cricket Australia (CA) boss James Sutherland has put the test team’s struggles firmly at the door of the players and rejected suggestions they were unprepared for the series against South Africa. Australia were thrashed by 177 runs in Perth in the series opener and trail by 86 runs in the second test in Hobart after they were skittled out for 85 on day one on Saturday. Rain washed out the second day’s play, but South Africa can hope to shut the door on Australia with a match-winning lead when they resume on 171 for five at Bellerive Oval on Monday. Media pundits have blamed a crammed schedule for Australia’s travails, with the players having had only one domestic Sheffield Shield match to prepare for red-ball cricket after touring South Africa for a one-day international series. FULL CRICKET SCORECARD: Australia vs South Africa, 2nd Test at Hobart

But Sutherland said the players had no cause for complaint. “I’ve heard a little bit of commentary around preparation and I think it’s interesting,” Sutherland told ABC radio on Sunday. “I don’t think the preparation is anything that Australian cricket can complain about because South Africa have had the same schedule. We have both played each other in one-day matches in October, came through here, had various forms of long-form or other preparatory matches.”

“If you draw that comparison the team we are playing against hasn’t had any different preparation. Ideally you might have a different preparation but the fact of the matter is you can’t.” Selectors rested frontline pace bowlers Mitchell Starc and Josh Hazlewood from the tour of South Africa to keep them fresh for the test series. Australia vs South Africa, 2nd Test Day 3 Preview and Prediction

Australia played their most recent test series in Sri Lanka in July and August, and were white-washed 3-0. Sutherland reiterated his board’s call for less international cricket, not more, calling the current regime of scheduling “difficult.” “At ICC [International Cricket Council] level it’s something we’re working very hard on,” he said.

“To try and get more structure to refine the way in which international cricket is played and to be honest, ultimately play less international cricket, so that it’s more valuable and there’s not these random series that crop up all the time.” Australia’s selectors have also worn flak for a number of contentious decisions, prompting calls for panel chairman Rod Marsh to step down immediately, rather than wait until after the India tour in 2017 as previously announced. Sutherland, however, said Marsh would not be rushed out the door. “The selection panel clearly have got their job to do and it’s challenging times,” he said. 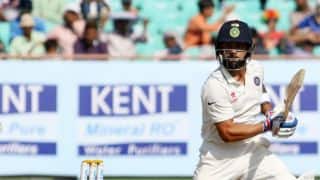 India vs England: Virat Kohli says he expected much better fielding effort from his side 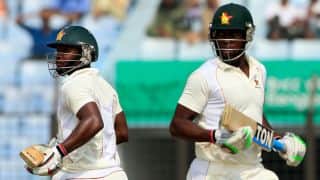