The catch was cleared by the third umpire but the decision was debated long after the Test.

Labuschagne, who on Sunday became international cricket’s first ever concussion substitute, battled his way to 59 before he was ruled to have been cleanly taken by Root at midwicket, diving forward after the ball had deflected off the helmet of the fielder at short leg.

Replays of Root’s diving catch, from a front-on angle, showed the ball bouncing up but did not confirm if it hit the ground of the fielder’s fingers. The side-on views were more in Root’s favour, and that convinced Wilson to deem it a clean catch.

Labuschagne and Root exchanged words and the dismissed batsman shook his head as he walked off.

(READ: There was no way I wanted to get off the field: Marnus Labuschagne)

After the draw, Root dismissed notions that he did not take the catch cleanly.

“You can feel your fingers underneath the ball. You look at slo-mos and they always look worse than they are,” he said. “As a fielder you know if your fingers are under the ball, I clearly felt that was the case. I’m an honest guy, I am not going to try and cheat the game regardless of the situation. It is quite disappointing when it’s slowed down and people start to question your integrity. We play the game in a certain way, and that’s the right way.”

Bichel, who played 67 ODIs and 19 Tests for Australia, did not agree and felt that Root had claimed an illegal catch.

Speaking on Macquarie Sports Radio on Wednesday, Bichel said Root would have known the ball didn’t carry cleanly into his hands.

“It didn’t carry you can see that,” he told Macquarie Sports Radio. “It’s ricocheted off the player as well, so it’s bobbled a little bit to him. He knows he’s picked it up on the half-volley. It’s blatant cheating.

“To stand there and then all of a sudden give Marnus a bit of a send-off as well ‘Mate, you’re out, get off here’ when Marnus has seen the footage of it on the TV as well, that he’s not out and he shouldn’t be out. It was a real bizarre one from Joe, a man of that experience playing it out like it did.”

Bichel, currently the assistant coach of Queensland, suggested that Root claimed the catch because England were down 0-1 in the Ashes and he has not been in good form.

“You’d like to think that there was a real gentleman’s approach to that; just say, ‘Mate, I didn’t catch that’, and you don’t even go upstairs for it. It just didn’t happen,” he said. “A little low point for a man under pressure in Joe Root. He just hasn’t got any runs and now it’s just mounting on him day by day.” 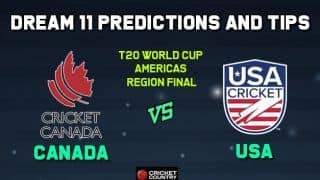 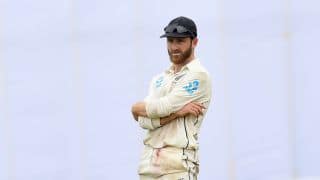