WICB said that Joel Garner would be in charge of the West Indies team for the upcoming series against Pakistan in the United Arab Emirates (UAE).

Kingston: West Indies Cricket Board (WICB) on Wednesday announced that they have parted ways with head coach Phil Simmons, following the recent dismal performance against India in the just-concluded four-Test series at the Caribbean. However, they were quick enough to announce the next day on Thursday, when they said that Joel Garner would be in charge of the West Indies team for the upcoming series against Pakistan in the United Arab Emirates (UAE). Simmons took over as charge of the West Indies team following the conclusion of the ICC Cricket World Cup 2015. Although he was suspended in September 2015, for criticizing the selectors for Sri Lanka tour, he was reinstated following an apology, just a couple of months later.

The WICB release a statement on Tuesday that read: “Effectively immediately, the WICB today announced it has separated from the head coach Phil Simmons. In recent times, based on the public pronouncements of the coach and the approach internally, we have identified differences in culture and strategic approach. The WICB would therefore like to thank the coach for his contribution and wishes him the best in his future endeavours.” The West Indies are all set to play Pakistan three Twenty20 International (T20Is), three One-Day Internationals (ODIs) and three Test matches as well.

Meanwhile, West Indies Cricket Board (WICB) CEO Michael Muirhead says that there was no specific reason for the sacking of Phil Simmons as head coach, but his vision did not align with WICB’s. Simmons took charge of West Indies ahead of the ICC Cricket World Cup 2015. West Indies won the T20 World Cup 2016 under Simmons earlier this year and they finished a three-match Test series 1-1 against England at home last summer. Full Cricket Scorecard: Pakistan vs West Indies, 1st T20I at Dubai

The decision to relieve Simmons of his duty was apparently decided in the WICB meeting last weekend at Dominica. It is believed that the board of directors had to vote to decide Simmons’ fate, but Muirhead did not reveal whether it was unanimous or not. 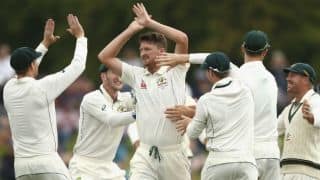 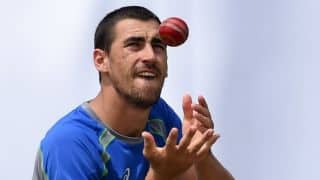