"There was really no reason for my exclusion at the World Cup," says disappointed pacer.

Pakistan fast bowler Junaid Khan still carries hurt from being omitted for the 2019 ICC Cricket World Cup, but says that he remains committed to playing for the country in any format he is given the chance in.

Left-armer Junaid, who was not named in Pakistan’s World Cup squad, has revealed that he turned down offers to play English county cricket as he seeks to push for his case for a recall.

“Just like any other player facing a similar situation, I was deeply disappointed by my exclusion from the final squad for the World Cup. I am sure if the same question was asked of Faheem Ashraf or Abid Ali, they would have had replied in the same way,” Junaid told pakpassion.net.

“Every player wishes to represent their country in a big tournament like the World Cup and I am no different and didn’t feel too good about the fact that I wasn’t included in the squad. If after all this, Pakistan had won the World Cup, I would have celebrated with everyone else, but since we didn’t perform well, my disappointment was doubled by that.”

(READ: Was highly frustrated and felt let down: Junaid Khan)

Speaking to CricketCountry after Pakistan exited the World Cup before the semi-finals, former Pakistan batsman turned commentator Bazid Khan said that the selectors erred in sending Junaid back from England. In Bazid’s view, Junaid would have been as good if not better than Mohammad Amir in English conditions.

Junaid, who has played 22 Tests, 76 ODIs and nine T20Is, said that he had not received any detailed explanation for his exclusion from Pakistan’s World Cup squad.

“In my view, there was really no reason for my exclusion but then the Pakistan selectors can probably explain their decisions much better and shed light on this issue,” he said. “It was them, along with the Pakistan head coach, who decided to drop me from the original squad, and no one really explained the reasons to me.

“I felt that my fitness was good and only in the final game of the ODI series against England before the World Cup was my performance not up to the mark but then I was no worse than the other bowlers in the Pakistan line-up so that really couldn’t have been the issue. To drop a senior player from the squad of such an important tournament based upon one performance does not normally happen and it was very disappointing.”

In March, the Pakistan selectors had recalled the 29-year-old for five ODIs against Australia in the UAE. He played three games and managed four wickets at 44.50 apiece and at an economy rate of 6.35.

He was then taken to England for five ODIs against the World Cup hosts before the tournament, and played two matches. He took two wickets, and in the fourth ODI at Trent Bridge, was hit for 85 runs ten overs.

When the selectors named Pakistan’s World Cup squad, Junaid’s name was missing. In dismay, he tweeted a cryptic photo of himself with black tape across his mouth and the words “I don’t want to say anything. Truth is bitter”. Junaid later deleted the tweet.

Asked whether he regretted that tweet, Junaid said he was disturbed by his omission and being a pathan, he had to express himself.

“To be removed from the side when you have played for so long for your country and you are all set to reach a milestone such as representing your country in a World Cup, is understandably very disturbing for any player. In my view, a player in such a situation is justified in expressing his disappointment. In my case, I decided to say what is in my heart in a different way,” he said.

“As you know, I am a Pathan and we are very passionate and aggressive people. So, the picture I posted was the only way I could really show my disappointment which to me was a better way of saying what I felt without writing something hurtful. Also, the PCB allows us to post appropriate pictures on social media which is also why no warning was issued by them to me on this issue. But later when I started to get messages from my fans saying that the picture I posted could hurt the image of our country, I decided to delete that tweet. As a Pakistani, I would never want my country’s name to be spoiled due to my actions and that is why I removed that tweet.”

(READ: Azhar Ali hints he may come out of ODI retirement)

Pakistan next play Sri Lanka at home next month in three ODIs and three T20Is, and then in November go to Australia. Junaid said he was not sure of what his future as an international cricketer is.

“I have a simple philosophy when it comes to such matters. My first priority is to represent Pakistan in any format I am chosen for. Now I have had offers to play county cricket in England and the fact is that I have a visa that allows me to play there but I have put all that aside as my eyes are focused towards playing for Pakistan,” he said.

“With the start of the domestic season in Pakistan not too far away, my aim will be to perform well in that and hope to make a comeback for Pakistan. If that doesn’t happen then I will think about my next steps. I will be speaking to the members of the selection committee when it’s formed as well as with the new head coach to find out if I will feature in their future plans or not.

“If they tell me that, yes, I am part of their plans, then I will play Pakistan domestic cricket and look to gain a place in the national side. If they say that I am not in their plans, and that I am free to play domestic cricket in other parts of the world, then I will spend my time playing county cricket in England as well as league cricket elsewhere.” 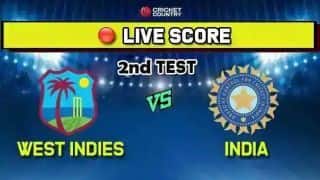