Ghavri finds behaviour to be a mockery and brazen violation of the Supreme Court order .

Since Supreme Court ordered the state associations of cricket in India to follow the recommendations provided by the Justice Lodh-led panel. There have been many changes in the powers that run the cricket administration. Names such as Sharad Pawar, Ajay Shidke, Niranjan Shah had to leave their coveted posts, falling under the group that is not suitable for the duties as per the commission. However, Saurashtra Cricket Association (SCA) and Shah are eager to remain associated with one another, as the association has offered Shah the post of CEO. Karsan Gharvi, former India player, has condemned it. READ: SCA appoint Niranjan Shah CEO; latter says offer remains unaccepted

Shah, who is beyond the age limit of 70 and has served the association for around 40 years, is not eligible to hold any post as an office-bearer. “If you see the FAQs in the Lodha Committee recommendations, they don’t bar anybody from being employed at the association. I haven’t yet decided on the offer, but it is not something I rule out. If the association needs my guidance, I will consider it,” he told EspnCricinfo. Ghavri, however, finds it to be a mockery and brazen violation of the Supreme Court order .

Ghavri also finds SCA notwithstanding with Lodha recommendation of having a separate players association. The existing one is led by Mahendra Rajdev, a First-Class player who is also a member and selector in SCA.

Ghavri wrote a letter to Committee of Administrators (CoA) mentioning all the disputes. “If the SC order had intended to give the players a voice in administration, this SCA move has promptly managed to stifle it. I plead to the CoA to put in place a robust and fair process by which independent and proactive players’ bodies be formed around the country. If it is left to the state unit to recognise the players’ body of their choice, the SC order’s purpose of giving cricketers a say in administration will be defeated,” a part of the letter reads.

SCA are scheduled to hold their Annual General Meeting on September 2 to take a call upon their governing body elections. 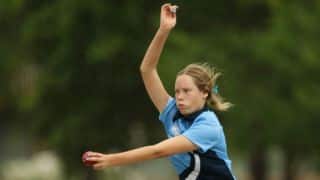