Dhaka: Bangladesh cricket team manager Khaled Mahmud returned to office after a daylong drama over his resignation on Monday. Mahmud said at a press briefing on Monday afternoon that he had talks with the Bangladesh Cricket Board (BCB) authorities and decided to carry on at least for the upcoming India series. Bangladesh are scheduled to play a one-off Test match, starting June 10, and three One-Day Internationals (ODI) against India.

“I decided to move away from the job for family reasons. But, I changed my mind after having talks with the board,” Mahmud was quoted as saying by leading Bangladeshi daily Prothom Aalo on Monday.

The former national cricketer, however, urged the board to recruit a permanent manager for Bangladesh. The daily reported that Mahmud e-mailed his resignation letter on Sunday to (BCB) chief executive Nizamuddin Chowdhury, citing “family reasons” behind his decision. It said several BCB directors confirmed that Mahmud had sent a letter to the governing body mentioning his “failure” of carrying on his duty.

When asked about the issue, BCB cricket operations committee chief Naimur Rahman denied making any comments. However, he said they would discuss the issue with Mahmud. Mahmud, reportedly, receives around 3.15 lakh Taka (Rs.2,59,145) a month which is the highest for any Bangladesh manager. The huge remuneration is believed to be one of the prime reason for his initial resignation. 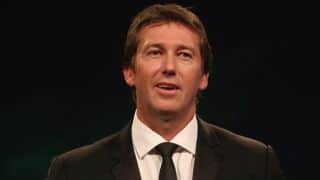