The Australian speedstar added that knowing Virender Sehwag has been a joy ride.

As the Kings XI Punjab (KXIP) juggernaut rolls on unabated in the ongoing Indian Premier League (IPL), pace spearhead Mitchell Johnson expresses his double delight at not having the ‘misfortune’ of bowling to in-form Glenn Maxwell and getting to know Virender Sehwag the person from close quarters.

“When I joined Kings XI Punjab, I was very excited as I was looking forward to meeting Virender. He is a great guy to get along with. I have thoroughly enjoyed his company as he is incredibly funny. He is gelling well with the team and is also helping out the youngsters during training sessions. He has been communicating very well,” Johnson told PTI during an interaction in New Delhi on Tuesday.

The 32-year-old had a decent outing so far with 10 scalps from nine games at a slightly higher economy rate of eight runs per over. But the big fast bowler isn’t complaining as he doesn’t have to bowl to his mate Maxwell.

“I wouldn’t have liked to bowl to him in the current form that he is in. I would rather sit in the dug-out. It’s incredible the manner he has been hitting in all parts of the ground.

“I remember during a (domestic) one day match at the MCG a couple of years back, he hit me for two huge sixes.

“I replied by hitting him on the body a couple of times,” Johnson recollected a duel.

The veteran of 59 Tests, 136 ODIs and 30 T20 Internationals said that it was easier with George Bailey at the helm of affairs at Kings XI Punjab.

“Obviously, it’s great to have George as the captain of Kings XI. When he just came in, he was having a bit of a communication problem with local players purely due to the language barrier.

“But he has slowly got to know his players on an individual basis. He has communicated well with the senior players and has done a great job so far,” he said.

Johnson insisted that he is using the “change-ups”, considering the benign nature of the strips across the country.

“I have played over 100 ODIs and many Test matches. I have played a tough ODI series in India last year. I know the importance of change-ups as the wickets are pretty flat over here. I have had a good IPL last year (Mumbai Indians) in these conditions,” Johnson said.

The left-arm speedster picked young swing bowler Sandeep Sharma for special praise and was also impressed with the set-up at Kings XI Punjab.

“Sandeep Sharma has been outstanding. He is really promising. That’s the best part about Kings XI Punjab. There is so much of positive energy in the team. Even after our loss against Kolkata Knight Riders (KKR), we moved on pretty quickly not thinking about the defeat too much,” Johnson stated.

He did not forget to mention the contribution of coach Sanjay Bangar.

“We have a very calm coach (Bangar), who believes in collective effort. He is an excellent communicator. It is one of the best bunch to work with. The Indian senior and junior players good rapport with international stars.

Asked if this is the best chance for Kings XI Punjab to win the IPL, Johnson didn’t want to look too far ahead.

“We are trying to take it game by game. Our aim is to keep things simple and stick to the basics,” the seasoned pro concluded. 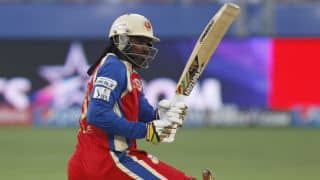 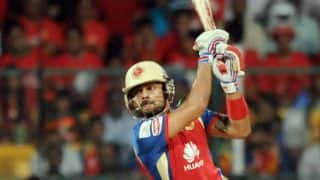