KKR are sixth on the IPL 2019 points table and RCB are last out of eight teams.

The last time these two teams met was in game 17 of the season. On that occasion, Bangalore made 205/3 but lost to Kolkata as Andre Russell spanked seven sixes in his unbeaten 48 off just 13 balls.

Russell pulled up while bowling in KKR’s previous game and looks a doubtful starter for today’s match. In his place, KKR could play Carlos Brathwaite.

Mohammed Siraj has played all eight matches for RCB and taken seven wickets at a costly economy rate of 9.55. RCB have an option in left-arm pacer Kulwant Khejroliya who has 16 wickets in 13 T20s and an economy of 7.31.

KKR vs RCB Dream11 predictions: who to pick, who not to

Most runs for Kolkata: 312 Andre Russell

Most wickets for Bangalore: 13 Yuzvendra Chahal

If Russell does not play today, Kolkata will be a weaker side. But in Sunil Narine and Piyush Chawla they possess a superior spin attack to RCB’s, which is reliant on Yuzvendra Chahal. With Bangalore struggling to win matches, and KKR having a very good home record at Eden Gardens, the hosts are the predicted winners. 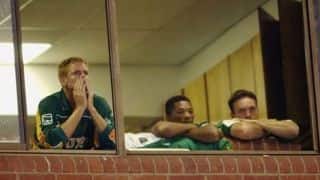