Opener Mayank Agarwal accepted batting wasn't an easy task on the opening day of their second Test against West Indies in Kingston.

Opener Mayank Agarwal accepted batting wasn’t an easy task on the opening day of the second Test against West Indies in Kingston but the fact that India lost just five wickets against some good bowling means they have done pretty well.

West Indies, trailing 0-1 in the two-match series, opted to bowl first hoping for their pacers to make an early impact. But the Indian opening pair of KL Rahul and Agarwal led an aggressive start before captain Jason Holder struck in the seventh over.

The pacers kept a testing length while spinners, especially debutant Rahkeem Cornwall got plenty of purchase to keep Indian batsmen in check. However, half-centuries from Agarwal and captain Virat Kohli meant the tourists finished the day at 264/5 despite Holder’s 3/39.

READ: An XI of portly (or heavier) international cricketers

He added, “So, the pressure is always there even if you defend him off – the first spell he bowled six-seven overs in that he’s given three or four maidens, so as a batsman you know you’re not getting much out of him. We are in a great position. To have just lost five wickets on a track like that was a good effort from our side.”

Batting on 53, Agarwal successfully overturned a caught-behind decision but was unable to capitalise on it as he added two more runs to his total before falling to Holder in the 41st over of Indian innings. When Agarwal fell, India were 115/3 before Kohli (76) combined with Rahane (24) and Hanuma Vihari (42*) to put his side in a relatively comfortable position.

“I can say it got a little better to bat on after the first session, the wicket got a lot harder as the sun beat down, the wicket lost some of its moisture. It just kept getting a little better to bat on, but I think credit must be given to the West Indian bowlers, especially Roach and Holder – they kept coming and kept coming and kept bowling tight lines,” said Agarwal who recorded his third Test fifty.

Offspinner Cornwall (1/69) left an impression as was evident from the 27 of the 90 overs he was asked to bowl on the opening day and managed to pick the important wicket of Cheteshwar Pujara (6). “Rakheem was very consistent, he forms good clusters and he keeps bowling those areas, keeps bowling those areas. I thought it wasn’t very easy to score off him. We took our time and it was very important for Virat and me to actually get a partnership going and it was important that one of us went on to score big. He definitely gets a lot more bounce compared to many other spinners. He just keeps hitting those lengths,” Agarwal said. 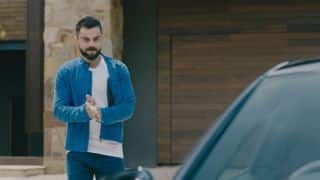 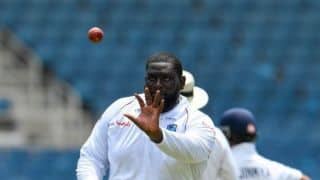