Labuschagne, who has scored 795 runs in the previous Sheffield Shield season, this time holds a meagre average of 28.22.

Marnus Labuschagne, who was drafted into the Australian squad for the fourth and final Test against India, scored a promising 38, but failed to capitalise on his 95-ball stay at the crease. An embattled Australia, still looking for answers after losing the Test series to India 1-2 on Monday, will next face Sri Lanka in two Tests which begins on January 24 at the Gabba in Brisbane.

According to a report in the Sydney Morning Herald on Tuesday, Cricket Australia will announce the squad on Wednesday and Labuschagne is keen to retain his No. 3 slot.

“I m not sure what they re going to go with, but I do play at the Gabba a fair bit for Queensland and am used to the pace and the bounce there,” Labuschagne said.

“It s all about the make-up of the side and what they end up going with. Anyone who gets the opportunity to bat three for their country wants to make it their own.”

Labuschagne normally bats at the same batting position for Queensland in the Sheffield Shield, but entered at No. 5 during his only match for the Bulls this season and scored 47.

Labuschagne, who has scored 795 runs in the previous Sheffield Shield season, this time holds a meagre average of 28.22. However, he has scored an unbeaten 85 facing Mitchell Starc and Josh Hazlewood last season against New South Wales that the selectors may want to look at, this one was against the pink ball.

“Pink ball games always add that little element of something different and especially at the Gabba where there is a little bit more pace and bounce in the wicket,” Labuschagne said.

“Sri Lanka are a good opposition. They have been playing well, so we need to make sure we once again prepare well for that series and then come out and just try and execute our skills.”

Meanwhile, he was disappointed not to capitalise on his firm start in the final Test against India at the SCG.

“I made a start again which is frustrating not to go on, but it just shows you the game of cricket is a fickle game,” Labuschagne said.

“I ve got to get better at converting those starts to bigger scores. Technically my game is in a good place. I feel like I m batting really well. I really need to put that big total on the board.” 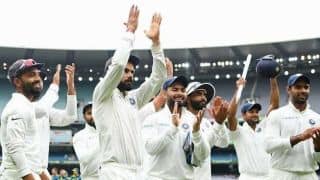 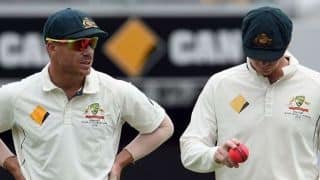